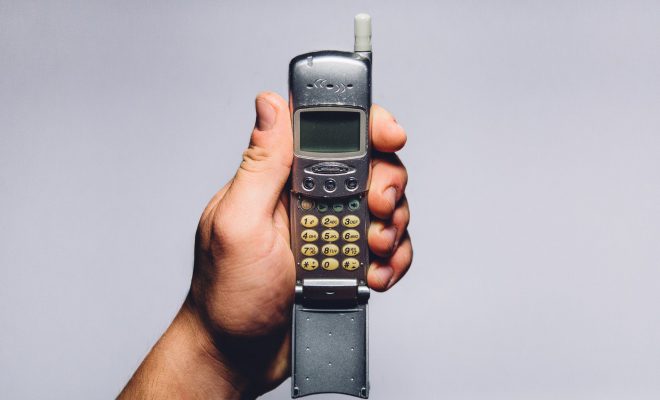 In 1999, This Man Predicted Our Current Technological State Almost Perfectly

Almost 20 years ago, one man named David Gerrold made some pretty remarkable and — for the time — rather outlandish predictions of what our state of technology would evolve into.

So now that your brains have jogged back to 1999 and you can picture yourself and what you were doing with your time 20 years ago, have a look at what Gerrold predicted our lives to be like in the future.

In 1999, I asked David Gerrold to write a "future of computing" prediction for the magazine where I was Technology Editor. Here's what he wrote. pic.twitter.com/UAMM0Pm4W6

CAN DAVID GET ME THE NUMBERS FOR THE UPCOMING MEGA MILLIONS?

Holy shit. I have seen some people predict the future of the internet, and completely whiff. But to see someone throw out a prediction and completely nail it is really something.

“I’ve got a cell phone, a pocket organiser, a beeper, a calculator, a digital camera, a pocket tape recorder, a music player, and somewhere around here, I used to have a colour television.

Sometime in the next few years, all of those devices are going to meld into one. It will be a box less than an inch thick and smaller than a deck of cards. (The size will be determined by what’s convenient to hold, not by the technology inside).

The box will have a high-res colour screen, a microphone, a plug for a headset or earphones, a camera lens, wireless connectivity, cell phone and beeper functions, a television and radio receiver, a digital recorder, and it will have enough processing power and memory to function as a desktop system. It will be able to dock with a keyboard and full size monitor. Oh yes, and it will handle email as well.

Most important of all, it will have both speech recognition and speech synthesis. It will listen and respond in English or whatever language you need, and yes it will be a translator too. It will be an agent, going out and doing cyber errands for you. For instance, I need a Japanese restart in Tulsa, near the Ramada Inn. Book a reservation and arrange transportation.

If there’s no Japanese restaurant, try for Italian. Or voicemail Bob as follows: ‘Bob, we accept your offer, but we’ll need a draft of the deal memo by the 15th. Let me know if that’s a problem.’

I call this device a Personal Information Telecommunications Agent, or Pita for short. The acronym also can stand for Pain in the Ass, which it is equally likely to be, because having all that connectivity is going to destroy what’s left of everyone’s privacy.”

Can we call our phones PITAs from now on?

Please follow and like us:
Related ItemsCrazyPredictionTechnology
← Previous Story Financial Investments That You Might Not Be Familiar With
Next Story → How to Start Exercising (When You Haven’t Done Any Since High School)