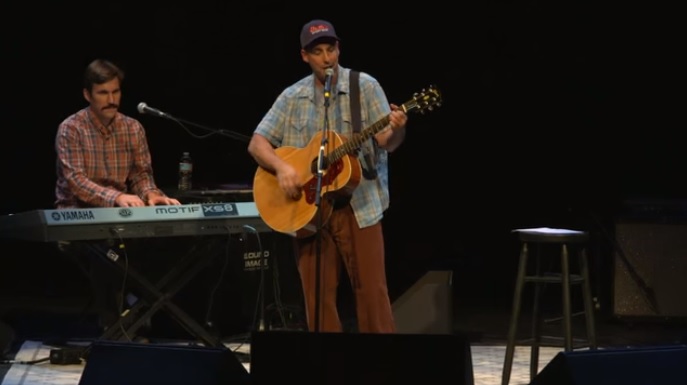 Adam Sandler Is Back With ‘Chanukah Song’ Part Four

This Thanksgiving we should all be thankful for Adam Sandler and his Chanukah Song, which now has a fourth edition.

Originally released in 1995, the Chanukah Song lists all the famous people who are Jewish, but obviously with an awesome comedic twist from Sandler. He made part II in 1999 and part III in 2002.

Now, the Chanukah Song part four we are being treated to part four, which includes references to Ron Jeremy and Jared Fogle. I’ve included the words below so you can sing along at the dinner table with your family.

Put on your yarmulke, here comes Chanukah
So much fun-ukah to celebrate Chanukah

Chanukkah is the Festival of Lights,
Instead of one day of presents, we have eight crazy nights.

When you feel like the only kid in town without a Christmas tree,
Here’s the fourth list of people who are Jewish, just like Jesus, Olaf, Punky Brewster, Scott Rudin, and me!

Joseph Gordon-Levitt enjoys eating kugel
So does Stan Lee, Jake Gyllenhaal, and the two guys who founded Google
Adam Levine wears a Jewish star
So does Drake and Seth Rogen
Goldberg has a gold yarmulke to match the belt he won from Hulk Hogan

We got Scarlett Johansson, talk about a Kosher crush
And if you need a higher voice to turn you on, how about Geddy Lee from Rush?

We may not have a cartoon with a reindeer that can talk
But we also don’t have polio, thanks to Dr. Jonas Salk (smart Jew!)

Put on your yarmulke, it’s time for Chanukah
Harry Potter and his magic wand-ukah, celebrate Chanukah

Jared from Subway: God dammit, a Jew
But guess who’s Jewish and can fix him? “Loveline”’s Dr. Drew (get on it doc!)

It’s cool that Santa Claus who makes Christmas so merry
But we get two jolly fat guys: ice cream’s Ben & Jerry (both Jewish!)

Related ItemsMusicoakmontUnderdogsZelda
← Previous Story Drake ‘Hotline Bling’ As An Ugly Christmas Sweater Should Be Under Every Tree This Season
Next Story → #tbt Did These AT&T Commercials From 1993 Predict The Future?