An Ohio Man Hated His Mugshot The Police Used, So He Sent Them A New One

The Lima Police have an active warrant out for Chip and he is also a person of interest in several other cases the department is currently working on. The police have used photos of Chip from his past run-ins with the law, but those pictures didn’t show Chip in the best light…and Chip took notice.

According to the Lima Police Facebook page, Chip saw the photos of himself and was displeased, so he sent the department a new picture of himself. This time rocking a suit and sunglasses while sitting behind the wheel of — presumably — his car.

“This photo was sent to us by Mr. Pugh himself. We thank him for being helpful, but now we would appreciate it if he would speak to us at the LPD about his charges.” 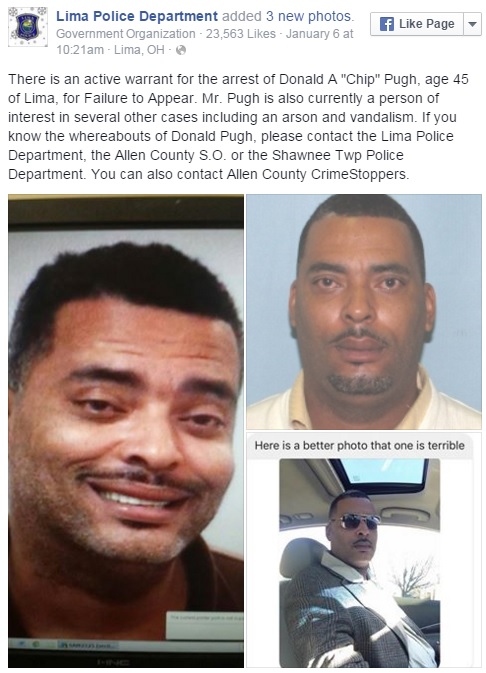 This year is going to be awesome for Florida and Ohio. I can just feel it.

Related ItemsFloridaIdiotOhio
← Previous Story Thunder Treats Podcast Ep147: How I Ended Up With No Shirt On At The Pub & Other Stuff Too
Next Story → What Does Your Beard Really Say About You?