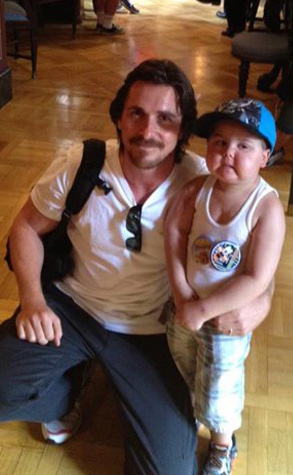 Little Jayden is only 4 years old (Mom corrected me, sorry!) but he is braver than me.  And probably you too.

For the second time in this little boys life, he is battling cancer.  Back in 2010, Jayden’s parents got news that would buckle the knees of any parent.  Their little boy had cancer in his right arm, stretching from his tiny elbow to his tiny shoulder.  Chemotherapy was immediately started and in November 2011, the family was prepping for the celebration of one year of remission for Jayden.  The party was a few days away when Jayden’s mother got more knee buckling news.

Her little boy had another, different kind cancer.  This time it was Myelodysplastic Syndrome or MDS Leukemia.

Jayden and his family got ready for round 2 with cancer but in July got the worst news yet.  The doctors told Jayden’s parents that the battle was over.  That he had “five to six good weeks” followed by bed.  Six months was the prognosis they were given.  Time was all of the sudden the most valued thing in their lives and they weren’t going to waste it.

Jayden made a wish list and his parents went to work.  Jayden got a new puppy and enjoyed a nice vacation at the beach with his family.  The biggest wish of all, though, was still yet to be granted.  Jayden wanted to meet Batman.

The city of Youngstown, Ohio, Jayden’s home, has been called many things but until you live here, you will never understand the will and determination of this community.  Together, more than 30,000 people joined the Facebook movement “Lighting the Bat Signal for Jayden”.  The effort was to get Christian Bale, the real Batman, to come and meet Jayden.  It was a tall order, but not one tall enough for Youngstown to back down from.  Those labeled “Jayden’s Warriors” spread the word to anyone within an earshot and on August 23rd, Jayden got to meet “Batman”.

At a local area middle school football field, Jayden was escorted by his parents while thousands of “Warriors” cheered him on.  He got to light the Bat Signal and even got to ride in the Bat Mobile.  This was the night of Jayden’s life.  Batman, “real” or not and accompanied by many other super heroes, made Jayden’s wish come true.

Although Christian Bale could not make that appearance, the event was still a wild success. However, the family, following in Jayden’s footsteps, would not give up that easy on Bale.  Their persistence paid off and today, via the Facebook page for Jayden, his mother posted the following message with this picture…

“Finally can share!!! Christian sent us to LA and we had lunch at Disney club 33 on wed!! He and his family were so awesome and down to earth!!!” 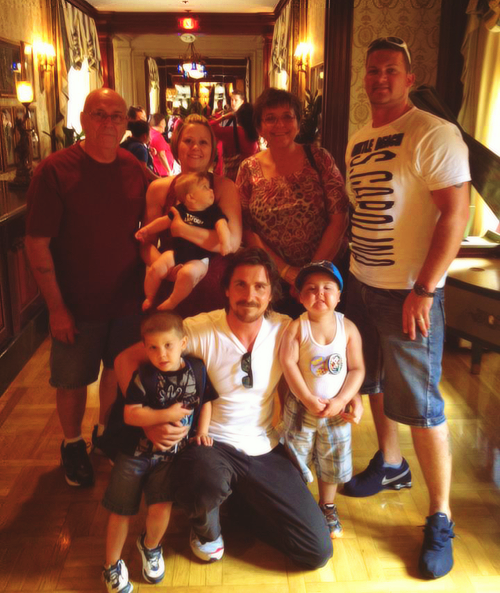 My hat goes off to Christian Bale who for the second time this year has proven that those in Hollywood do have hearts.  I can’t begin to imagine what this meant to Jayden and his family but he has definitely changed their lives forever. On top of meeting his hero and getting to celebrate his 5th birthday soon, Jayden may have gotten best news of his short life. Jayden is now in remission!! Get well soon Jayden!!