Brewnuts. That’s what they’re called, if you were wondering, and they fight out of Cleveland, Ohio.

John and Shelley started this beer/donut shop out of their condo in Cleveland two years ago and now are on the verge of opening their own donut bar in Cleveland’s Gordon Square neighborhood of the Detroit Shoreway.

A lot of their Brewnuts are made with local craft beers from the Cleveland area. Their first, and often most famous, Brewnut was “The Bernie,” which is made with Great Lakes Brewing Co.’s Dortmunder Lager. It was also named one of the “50 Things you Need to Eat in Cleveland” in 2015. For those of you Pumpkin lovers, check out the Pure Pumpkin Glaze spiked with Dogfish Head’s Punk’n Ale topped with chopped pecans and caramel drizzle. I don’t even like most of the things I just named in the last sentence, but that Brewnut looks heavenly. 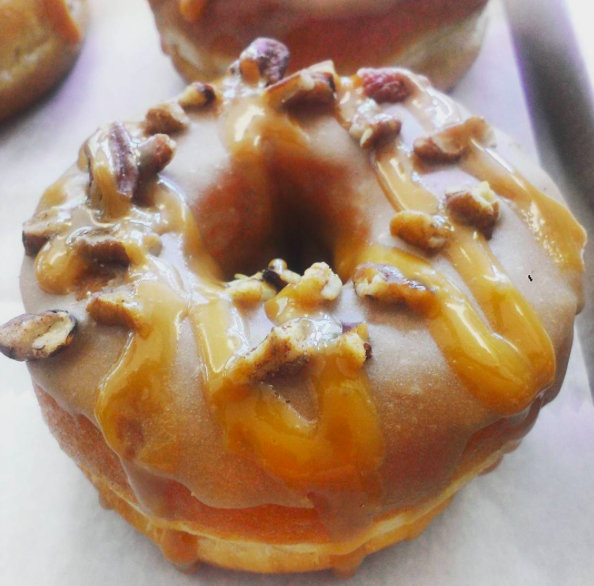 The construction and remodeling has begun at 6501 Detroit Ave and John and Shelley need your help to push this thing to the top. Check out their Kickstarter campaign — that was a Staff Pick — and if you can spare a few bucks on this Cyber Monday, what better company to back than Brewnuts? Check out their Kickstarter video below and be sure to share the word of Brewnuts!

Related ItemsClevelandKickstarterNightlifeTailgating
← Previous Story #tbt Did These AT&T Commercials From 1993 Predict The Future?
Next Story → Reporter Drops Own Mic With Response To ‘FHRITP’ Heckler On Black Friday