Genius Inventions That Will Make Your Life Better

If you’ve ever watched Back To The Future Part II, you might remember the scene where Lorraine zaps a tiny pizza and turns it into a large, pizza pie. It’s just one of the example of how technology was supposed to make our lives awesome by doing crazy stuff from our imaginations. Her tool of choice as the so-called Black and Decker Hydrator, a fictional device that could turn culinary nightmares into something you’d actually want to eat.

But in the real world, gadgets aren’t doing that sort of thing yet. It’s still a pipe dream, although we might get something close to it in the years ahead.

The real question for those of us who consider ourselves sci-fi buffs and men of the future, is what amazing items there are today that will make our lives more convenient. Check this out.

Recently, the people behind the company, Bluffworks, realized that creased pants are a big issue. Most men hate having to laundry and iron their clothes, especially if they rely on certain items, day after day, for work. 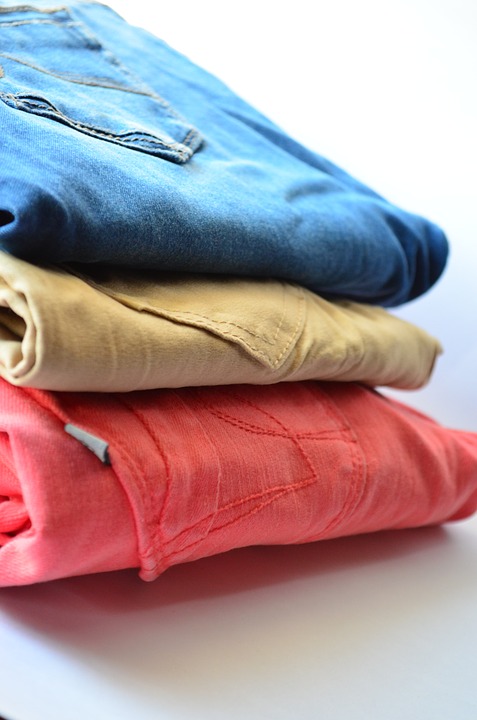 The pants aren’t just a technological marvel: they come with useful features too, like side pockets designed for things like iPhones, as well as being lightweight and fast-drying. And because of their unique material makeup, they’re just as at home in the urban jungle as they are in the real one,.

If you love road trips, your experience might be about to get taken up a notch. A barbecue company from California called Front Runner Outfitters has come up with a BBQ grate that attaches to your spare tyre, allowing you to take your barbecue with you wherever you go. The plate itself is made from stainless steel and fits like a hubcap to your spare tire. All you need is a gas stove, and you’re ready to go. Currently, these grates are selling for around $125.

If you’re on business a lot, then you’ll spend a fair amount of time traveling through airports. Airlines have an uncanny ability to send your luggage off to the wrong destination or the wrong collection point at the airport, making life difficult for thousands of travelers every year.

But now a company called Calypsocrystal has come up with a solution it’s calling the smart name tag. The idea behind the smart tag is to track your luggage wherever it goes. Users simply dump the tag in their bags and then pair it with their companion app and then follow their bag’s location. It’s perfect for tracking bags that have gotten lost, as well as following bags as they make their way onto the carousel. Hopefully, this means an end to blowing your budget buying toothpaste and underpants from the duty-free.

Making your own booze in the basement is easier said than done. When it goes right, it’s fantastic. When it goes wrong, it can be a disaster.

This is why a company called Van Brunt is offering a kit that it claims will help men to brew their own whiskey with a minimal chance of failure. The kit claims to reduce some of the more difficult elements of making aged whiskey, making it more likely that you’ll get a positive result – something that you actually want to drink. 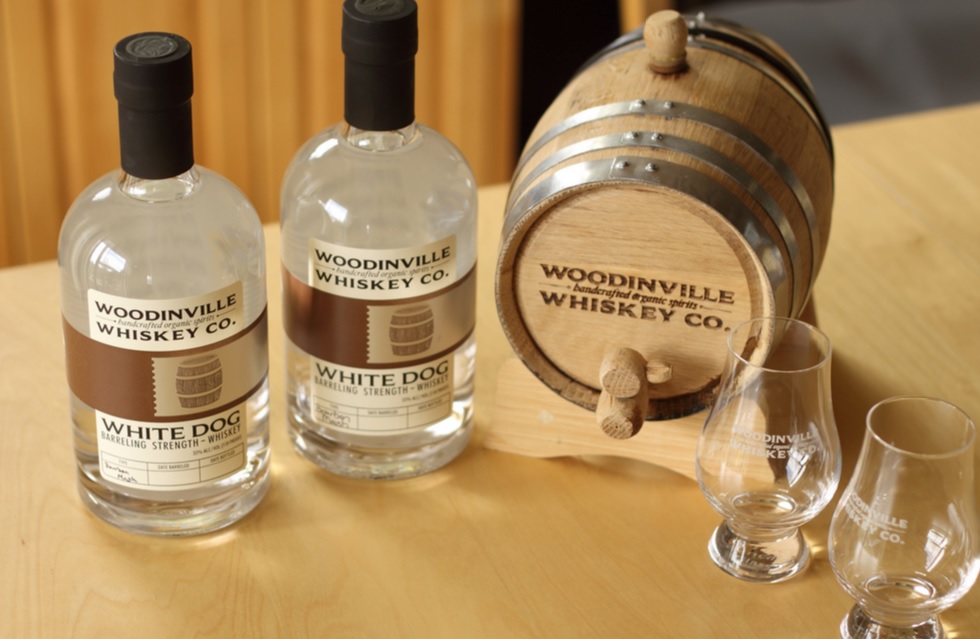 In the kit, you get a three-liter oak barrel, complete with its own spigot, and a bottle of what the company calls “new whiskey.” All you have to do is pour it into the oak barrel and let it age to develop that rich, southern taste. Home brewers are reminded to frequently check their whiskey during the brewing process to make sure everything is going okay. Kits are currently priced at just under $100.

As we approach the spring, more and more men are looking forward to their first camping trips of the year. But there’s a problem: camping in the early spring is damp and rainy, especially in northern climes. It’s for this reason that a company called Fort Standard has developed a special variety of matches, designed to light in all weathers. Nothing is worth than when the rain is pouring, and the wind is howling, and you’re not able to light a fire with your cook’s matches, designed for indoor use. The company has come up with special matches that have a more powerful catalyst than regular matches, as well as promising users the ability to strike anywhere, meaning that they are much more suited to outdoor living. They come packed up in a small, brass canister to keep them out of harm’s way, and the kit itself arrives with small pieces of cotton to act as tinder to start a fire. Fire lighting was never so cool.

Shave Without The Cord

Nothing is more annoying when you are trying to shave than the cord getting in the way. That’s why a company called Pure Enrichment has invested in an electric razor that is cordless. The shaver itself, called the TRYM II, charges overnight, meaning that it is always ready to go in the morning. And it comes with a range of cutting length settings, allowing users to get the look that they want. Recently,

SleepCleanCare.com reviewed the shaver, suggesting that it was one of the best value, budget razors around.

Barbecues can be a lot of fun, especially those that involve converting your spare tyre into a stove. But cooking on the go can also be dangerous, especially if you’re cooking meat. Every year, during BBQ season, adverts come on the TV imploring us to make sure that our sausages are fully cooked before we put them in our mouths. So how can you tell without ripping open every chicken breast, pork chop and chipolata sausage you put on the BBQ? 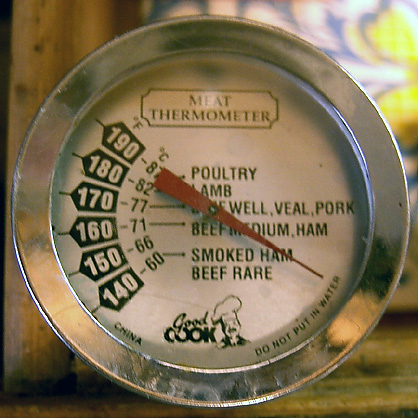 The answer is the meat thermometer, manufactured by companies like Kitchen Craft. All you have to do is stick the thermometer in the meat and watch the temperature gauge rise. Kitchen Craft includes a helpful label on the dial, telling you the exact temperatures you need the meat to be if you’re cooking turkey or fresh chicken, as well as well-done beef, pork, and veal.

Continuing on the barbecue theme, there is the can stand. The people behind the product realized that when men are cooking on the barbecue, they want somewhere to put their drinks. The only problem is that there usually isn’t anywhere, especially if the sides of the BBQ are being used to prepare food. Enter the can stand, a sort of bud-like object that stands on a thin spindle with a can-shaped container at the top for keeping your beer. What’s more, the can stand itself has an inbuilt cooler, helping keep your beverage cold on hot days in the summer. You can either stand the can stand upright at 17 inches for when you’re sitting on the floor, or 47 inches when you’re cooking at the barbecue or relaxing on your sun lounger. It’s your choice.

The Airbag For Cyclists

Some people have quipped that being a cyclist is a bad lifestyle choice, like smoking. But it’s not that there’s anything intrinsically wrong with cycling: it’s just that it’s so darn dangerous.

Now, though, companies are trying to come up with safety technologies besides the usual bike helmets, that will help cyclists avoid life-destroying injuries next time they get smashed into on the road. A Swedish company called Hovding has come up with the world’s first cyclist airbag, an item that wraps around the cyclist’s neck and helps cushion the movement of the neck during an accident. The manufacturer claims that when not in use, the airbag is virtually invisible, only deploying when onboard sensors detect that the cyclist has been hit. It’s not cheap, though. One cycling airbag from www.hovding.com will set you back more than $415.

If you’re a Star Trek fan, you’ll know all about tricorders. They were devices that you simply pointed at someone or something and immediately be able to find out everything about them. Now a company called Zensorium is using 21st-century technology to make that possible. All you have to do is place your thumb over the device’s sensor, and it’ll spit out a bunch of information about the current state of your body, like your heart rate and your blood oxygen levels. Over time, the company says, the monitor is designed to keep track of your health and vitality, allowing you to quantify your physical fitness. 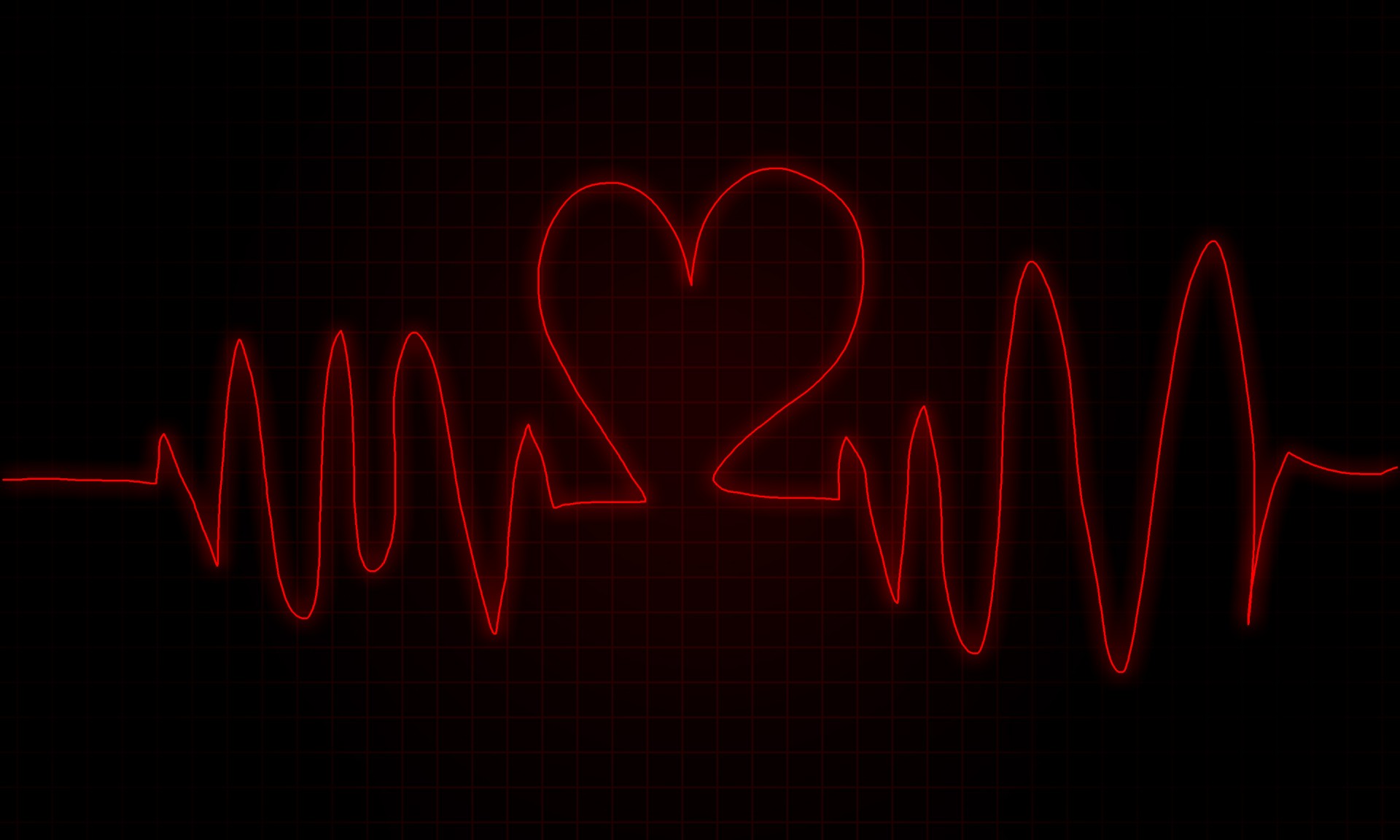 Like so many other modern fitness tracking gadgets, the Zensorium allows you to share your fitness progress with your friends via an app.

GetInsta: how to organically increase your Instagram likes and followers