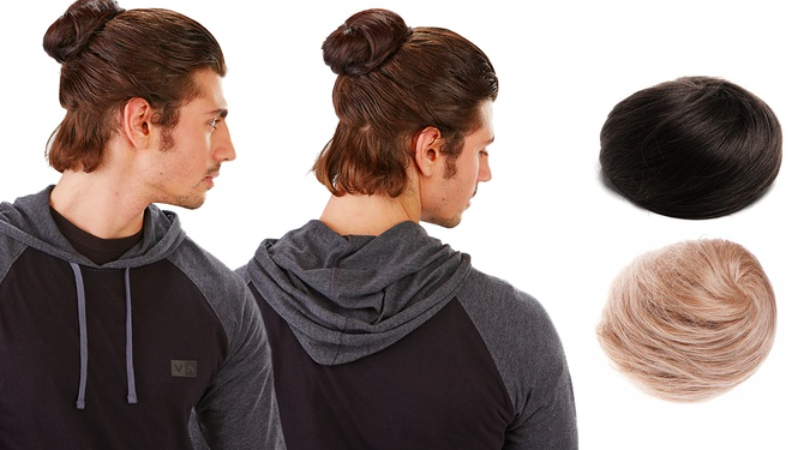 Groupon Completely Clowns Every Bro That Ever Sported A Man Bun

All the rage of millennials right now — in addition to public outcry over social injustice — is the sporting of the man bun. Those bros that are blessed with luscious locks long enough to pull them up into a bun, started to do it as a way to keep the hair out of their face but it has now morphed into a cultural phenomenon. Those with man buns love them. Those without man buns loathe them.

I fall in the category of not giving a f–k. But, I will always give many f–ks when something is funny.

Enter Groupon’s complete clowning on the man bun bro. They are offering a clip on man bun for the low price of $9.99.

More importantly, though, may be their description AND instructions on the man bun. Whoever wrote this up for Groupon should get a raise. Like a raise to CEO. Or perhaps CNGAFO. You figure out that acronym.

For the Man Who Wears Many Hats, but No Bun

One of the hottest trends in men’s fashion, the man bun has been popularized by fixed-gear bicyclists and introspective Hollywood actors alike. But although the hairstyle oozes with fashion sense, those who sport it might find themselves outcasts in sports bars, motorcycle gangs, and the annual government-mandated machismo test. This attachable—and, equally important, detachable—man bun lets you blend in with your surroundings, putting it on when you smell fair-trade coffee or hear a banjo, and taking it off when someone utters the word bro.

How To Wear It

In the immortal words of the man bun bro’s girlfriend, I can’t even.