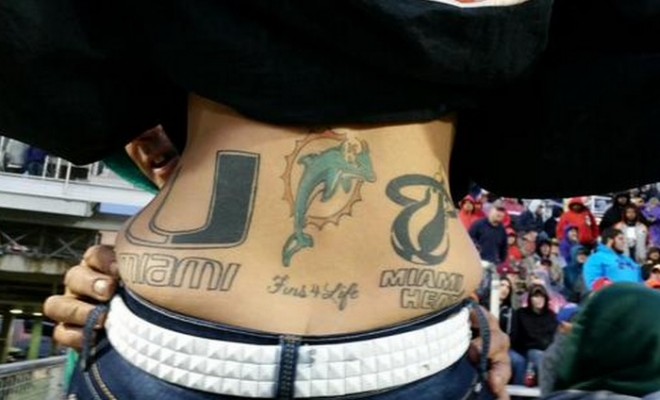 That headline is probably a bit of stretch. Florida does so much irrational and crazy shit on the reg that this ill-advised “Champ Stamp” tattoo probably isn’t even a blip on their radar.

The below party girl attended the Independence Bowl in Shreveport to cheer on her beloved Hurricanes. Thankfully, Scott Eisberg from WCIV in Charleston was also there and was able to capture the greatness of her Panama City license plate.

And she calls it her"Champ Stamp." They are selling booze here in Shreveport at Independence Stadium pic.twitter.com/l4VxGCx5Ij

You have to know that there is some dame in Ohio that has been waiting…and waiting…for Cleveland to win a championship so she can complete her “Champ Stamp” tattoo as well.