Parents Call For Change As Sport-Based Anxiety Racks Our Youth

Few things are better for getting us fit and healthy than sports. Be it football or swimming; these activities are always a fantastic way to get fit and have fun doing it. Hence why, from school age, we’re made to believe that sporting is one of the best things we can do for our health.

And, there’s no denying that fact when you look at this from a purely physical standpoint. Even seemingly gentle sporting activities can do great things for our bodies. So much so that the regular playing of most sports leads to benefits like improved cardiovascular health and lowered blood pressure. These and more are all benefits we should all be working towards.

But, there is a darker side to the world of sporting for fitness, especially in more competitive areas. While even score-based sports have their physical benefits, studies suggest they can do damage to mental health. And, in a world where the gap between psychological and physical health is closing, this is a problem worth looking at.

This issue seems especially prevalent when it comes to youth sports. Various studies conducted by the UCLA found that up to 20% of children reported higher rates of anxiety before and after sporting events. On the surface of things, this may not seem like a worrying amount. After all, that’s less than a quarter of the children questioned. But, in an age where anxiety is forever on the rise, shouldn’t we work to tackle this? Indeed, many parents have been calling for change here for a while. And, is it too much to ask that physical exercise at school caters for both mental and physical health?

We don’t think so. When it comes down to it, there are plenty of low-pressure alternatives schools could make use of. To further prove that, we’re going to look at four options many parents would be happy to see on the curriculum.

As it stands, you would be hard pressed to find a school which offers golf during sports lessons. But, we think it’s past time kids were given a chance to fall in love with the teeing ground. While this is still a competitive sport, it’s not half as high-pressure as options like basketball. It doesn’t involve team interactions and physical contact. Some would argue that golf can even help reduce symptoms of anxiety. That makes total sense when you consider the sport itself. This is a peaceful sport, often played in stunning locations, with no cheering or shouting. Given that players are only responsible for their scores, this could also ease the pressure. What’s more, while this doesn’t seem like the most physical sport, it has all the typical exercise benefits. It’s incredible how much swinging a golf club can tone muscles. By getting kids to walk between holes, teachers can also expect benefits such as lowered risk of heart disease. All without causing any stress to those youngsters at all. 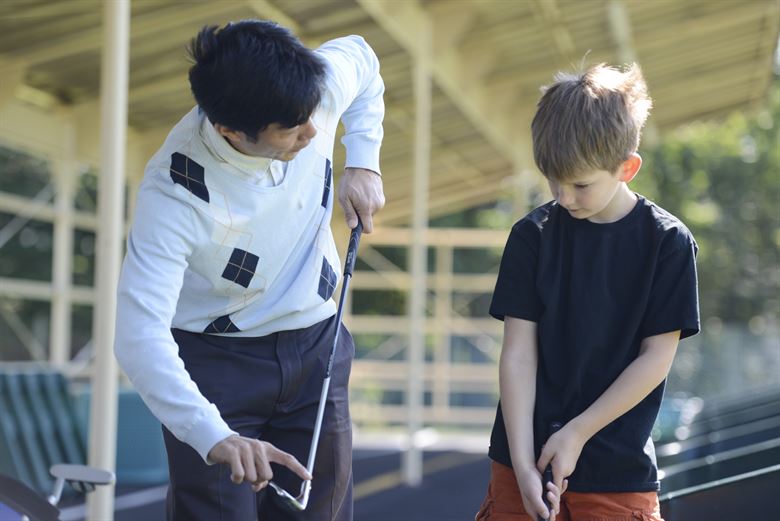 Along the same vein, it’s worth considering fishing. For practical reasons, it would be difficult to fit this into a curriculum on a regular basis. But, monthly trips to a local fishing pond shouldn’t be too difficult to arrange. Especially when you consider that many schools take kids off-grounds for swimming lessons. Much like golf, fishing is fantastic for reducing, rather than raising, anxiety. Again, most fishing lakes are set in stunning surroundings which help calm the mind. The solo, non-competitive nature of this option also works wonders for reducing stress levels. In an age where kids spend more time than ever indoors and in front of computer screens, this could be a game changer. And, of course, there are still plenty of physical benefits here. As can be seen from articles like the one about fishing with kids on fishingsun.com, this is a fantastic way to stretch and work young muscles which would waste away otherwise. Fishing is also thought to boost the immune system and improve cardiovascular health. What more could we want from a sport for young people?

Once the reserve of yogis, yoga has come into the mainstream in a big way recently. And, many yoga schools have started kid-friendly classes which see huge success. It should come as no surprise, then, that many parents are wondering why this doesn’t appear in schools. Yoga is unique from other exercises in that it focuses equally on mental and physical well being. Sessions work to stretch and build muscle strength and get the heart beating as fast as football ever would. Most teachers then end with a brief session of meditation, or chill out poses like the ‘corpse’ pose as can be seen at www.yogaoutlet.com. For the most part, this is an exercise which involves listening to the body. As such, the focus is on only doing what you’re able, and nurturing yourself rather than pushing further. Doesn’t this sound like just the thing for our kids?

We know what you’re thinking; don’t most schools already teach running? You would, of course, be right. The majority of schools teach some form of track running. In fact, this often forms a relatively large part of any sports curriculum. So, why is running on this list? To answer that question, you only need to consider the nature of track. This is a competitive form of running. Events here often involve large crowds and a load of pressure. And, we know by now that pressure = not the best for health. By comparison, we’re referring the simple act of running for health rather than gain. Call it jogging if you like, but the act of running just to improve health can work wonders for our bodies. As proven on sites like running.competitor.com, it also brings a whole host of mental benefits you simply won’t see on the track. And, really, what’s the harm of taking this competitive element away from the sport? Don’t our kids have enough competition already, without adding their fitness to the mix?