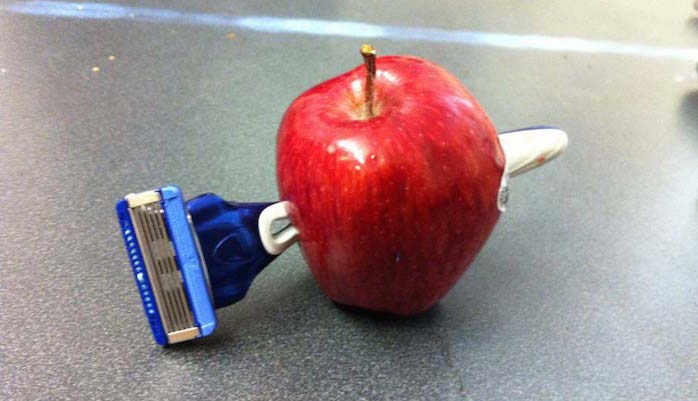 #tbt Trick Or Thunder-Treats: The 16 Worst Items Ever Given Out On Halloween

With Halloween coming up this weekend, it is the perfect time to sit back and reflect on all those Halloween’s of past. The brisk fall nights when we went door to door with our friends and the end result was average to above-average disappointment.

That’s right, most of our Halloween’s sucked. Unless you were a yuppy kid who only had to hit one street because your rich neighbors were giving out the elusive full-sized candy bars. These kids didn’t even know what Fun Size candy bars were.

The rest of us got the normal stuff. The (always Fun Size) Skittles, Snickers, Twix, Reese’s Peanut Butter Cups, etc. I could go on and on. But for every piece of chocolatey, nougaty goodness we received, we probably got 2-3 items that wouldn’t be safe to give prisoners at Gitmo. Notice I said “items” and not “pieces of candy.” This wasn’t Yuppy Town, USA, folks. This was middle America where you gave out what you could afford…Or had in the pantry.

So what did we miss?