After extensive research and much studying, I have come up with what I can only describe as five types of hot. Women, for as long as anyone can remember, have been referred to as “hot” as a way of describing their beauty. I started to think about different women who I believe to be hot and realized that some of them, though all hot, are on a different level. This is what led me to HOTegorize the hotness of women. I have trimmed the types into 5 different HOTegories.

Hot Hot
The first HOTegory will be referred to as “Hot Hot”. This type is reserved for quintessential smoke face. This is the babe that electrifies a party AND your pants. She is the one causing whip lash when walking down the street. She has also been known to get drinks for free, cause car accidents and make men do ridiculously stupid things to prove themselves. Babes in the “Hot Hot” HOTegory will also tend to lean toward the “pooped out” type of guy. By this I mean the guy wearing a visor, gelled hair, popped collar on his pink shirt and normally patchwork shorts or maybe he is one of the d-bags wearing a fishnet hat with multiple do-rags underneath while lifting at the gym.

Mean Hot
This HOTegory is great. Anyone looking for a babe that will take control and will probably be a bit of a challenge, this is where you will want to look. This is the type of babe that will usually have the darker hair and maybe look a little pissed off all the time. She will have tattoos and might be labeled a badass while actually showing her badass. She will order shots for you and her to take, then call you a pussy when you make a face and say “151?!?” She will probably use the f-word more than you and it will be a total turn on. She will be more open to sex in public and probably junk punch you if you break up with her. These hotties will lean more toward the meat head inked up type of guy. Always funny to catch the mean hot babe screaming at the 6’4” guy that has no neck and military presses a 1993 Chevy Astro Van.

Plain Hot
This is my type of HOTegory. This is for the normal, well kept, church going dime that lives at the end the street. If you’re not trying to figure out which do-rags look better with your new Ed Hardy t-shirt or you not busy clean lifting conversion vans, this is the HOTegory you will like. These babes are extremely good looking, but don’t go out of their way to show it off. They most likely love country music and often are seen wearing pearls (i.e. southern belles). They don’t have extravagant makeup or dresses. They just do what they do and it works for them. These dime pieces will get any guy they want because they basically know whether or not you’re a d-bag by just looking at you. You can’t fool these hotties and these are the ones you can bring home to Mom.

Crazy Hot
This babe might be bat shit crazy, but it’s almost as if her looks outweigh her chemical imbalance. Think of Isla Fisher in Wedding Crashers. Sure, she was fit for a straight jacket, but she was a babe none the less. This chick usually dates off the wall guys. One week you see her with a no name douche of a back up dancer and then next she is dating a mangirl. These foxes are loose cannons but most men will, for reasons yet unknown, throw away their inhibitions and go for it. They will tend to do things in a crazy manner and probably have more DUI’s than anyone you know. They love that nose candy almost as much as their alcohol and can do more lines than an amusement park. They love the Panama City license plate, a.k.a. the tramp stamp, and they can more than likely party longer and harder than you.

Prime Examples of Crazy Hot(Click their names for reasoning):

Stupid Hot
This brings me to my last Hotegory, Stupid Hot. This smoke face has the “little miss innocent” personality but is, in fact, dumber than a stump. You can hit on this girl in a bar and actually feel dumber by the end of the conversation. Men, once again, will throw away their logical way of thinking and try to have a relationship with these women only to find out that their stupidity will be a problem. The relationship will run on the recent news of what’s happening on “The Hills” or “Gossip Girl”. The only time that this is acceptable
is in a relationship with a dime from the Hot-Hot or Plain-Hot Hotegories. Don’t worry about Mean Hot liking it because she would probably drag LC or Blake (schwing) Lively through the streets by their hair…for fun. The only guy capable of having a relationship with one of these girls has to be equally brain dead. 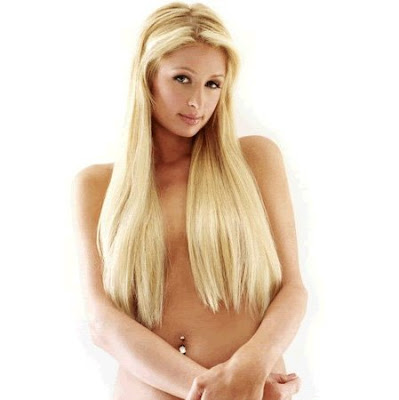 I know this just scrapes the surface of HOTegories and we will do our best to continue to come up with more. This will be the first installment of Thunder Treats HOTegories. If you have a HOTegory you deem worthy, please do not hesitate to let us know via email or with a comment…

Please follow and like us:
Related Items
← Previous Story Can LeBron be Heir to the Air?
Next Story → Hard Hittin Radio