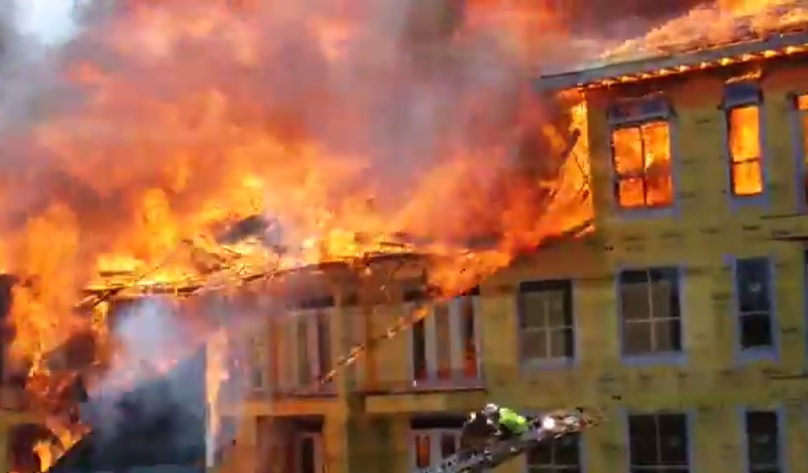 Unbelievable video footage has emerged of a huge fire that destroyed a large apartment complex that was being constructed in Houston, Texas. The large structure caught fire on Tuesday afternoon and and took nearly three hours to put out. All workers on the job site were uninjured and were accounted for by the more than 200 emergency personnel that responded to the blaze.

That number almost wasn’t a goose egg, though. One construction worker, as seen in the video below, was stuck on the fourth floor balcony while the fire was spreading quickly. As he ran out of time, he smartly crawled and dropped down to the third floor balcony while waiting for the fire department to bring the ladder over to rescue him.

Just as he was rescued by the ladder, the fourth floor walls collapsed and came crashing down right near him and the firefighter. Hats off to a fantastic job not only by the construction worker, but by the Houston Fire Department too.