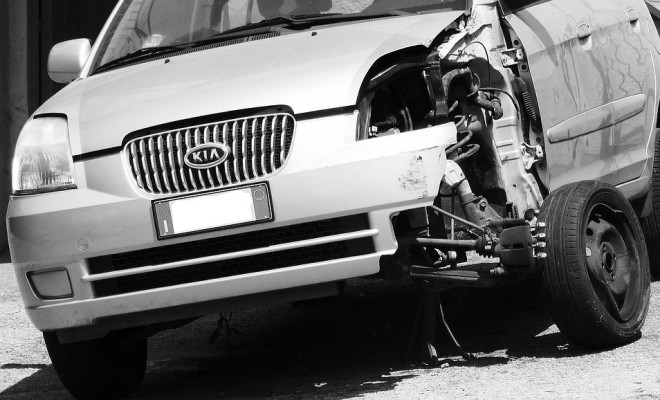 3 Of The Worst Motor Accidents In Recent History

Car accidents are always horrific and traumatic for those involved, but there are some in recent history that really stand out for being far worse and more impactful than others.

Possibly the most heartless of the crimes featured here, this one is pretty horrific. On October 26th 2001, 26 year old Chante Mallard and her friend left a club in the early hours of the morning, after a night of alcohol and drug abuse. Mallard ignored her friends advice not to drive, and headed back to her home in her 1997 Chevrolet Cavalier. On her way home she hit Gregory Biggs, a 37 year old homeless man. The impact was so strong that Biggs ended up lodged headfirst into the windshield, with his legs hanging down the bonnet. Any reasonable person would, at this point, immediately call the emergency services and get help. But Mallard continued to drive the remaining 6 miles, and parked her car in the garage with Biggs still trapped. He was allegedly begging for help, but she left him there and went inside the house to her boyfriend. Biggs eventually died from loss of blood, and Mallard called in help to dispose of the body. She wasn’t found out until months later when she bragged about what happened at a party. Somebody reported her and her car was found with plenty of incriminating evidence of Biggs’ death and suffering. Forensics reports showed that he struggled for hours while trapped, and if he had been taken to the hospital he would have survived. There are professional representation for DWI cases that would have been available to Mallard if she’d stopped to help, but instead she got charged with murder and has been imprisoned for 50 years. What a bizarre and terrible tale?!

The Carollton crash has been described as the worst drunk driving incident in American history, and the third deadliest bus crash in American History. On May 14th 1988, a drunk driver named Larry Mahoney crashed his pickup truck into a church bus when he was driving on the wrong side of the road. The gasoline-powered former school bus ignited immediately s it’s fuel tank was ruptured, which blocked the front door. The passengers struggled to get off the bus and surged towards the emergency exit at the rear. 27 passengers died in the accident, with 34 injured, and Mahoney sustained injuries but survived.

James John Onak was travelling down an interstate, when a police car pulled him over and questioned the state of his windshield. With the glass smashed and the front of his car crumpled and damaged, he had clearly been in some kind of collision. But, when they looked into his car the found a severed body in the passenger seat. Onak claimed to know nothing about it and was unsure what it was doing there. When they retreated back down the road, they came across a broken down car and the bodies remaining severed limbs. After investigation it became clear that Onak had hit a pedestrian who was trying to flag down help after his car had broken down. Onak was so intoxicated he said he had hit something but wasn’t sure what and had carried on driving, failing to realize that the victim’s body was embedded in his car.

Please follow and like us:
Related ItemsCar AccidentCrash
← Previous Story Interactive Map Allows You To See How Many People Have Been Shot Near You This Year
Next Story → Here’s The Worst Kid In America