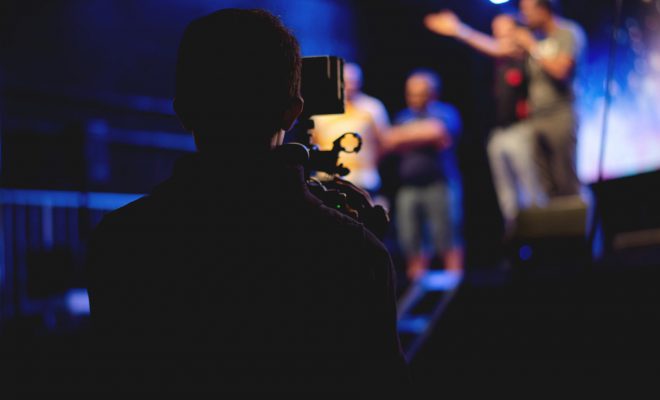 2019 Emmy Awards – 4 Locks You Can Bet on With Confidence

The best acting performances and most colorful storytelling in television get honored on September 22nd. Another edition of the yearly Emmy Awards will roll around, with all eyes on the Microsoft Theater in Los Angeles, California.

The biggest names in television will hit the red carpet, with betting favorites hoping to join Emmys lore and some sneaky 2019 Emmy Award sleepers in creating a frenzy.

Madness has already ensued for the 2019 Emmys, of course, as HBO hit Game of Thrones is up for best drama and numerous GOT actors are nominated for awards of their own. That’s a bit puzzling to many, too, seeing as the show flamed out in horrifying fashion during its final season this year.

The Emmys are often about paying tribute and honoring talent and productions that may have been deserving in the past but have yet to win an award. Think Matthew Rhys winning best actor in 2018 or Leonardo DiCaprio finally getting that Oscar.

That isn’t always the case, but there are some narratives like that flowing through the Emmys this year. There are also just some flat-out obvious winners staring us right in the face. Anyone looking to bet on the Emmys will want value, but they also will want guaranteed victors.

Guaranteeing anything in a volatile setting like a Hollywood award show is risky business, but these four Emmys nominees still feel like locks going into this year’s show:

That doesn’t mean you can’t take a stab at some sleeper action here. Emilia Clarke offers nice value to bettors and this is honestly one of the most loaded categories the Emmys has to offer in terms of competitive talent.

But this is Sandra Oh’s award to lose.

The Killing Eve star enters the 2019 Emmys as a big -300 favorite and depending where you go to place a wager, the price will be even steeper.

The return on your investment won’t be amazing, but Oh is no longer hidden like she was on the star-studded Grey’s Anatomy. She’s shining on her own and despite the hefty competition, this feels like the year she gets serious recognition.

Outstanding Limited Series: When They See Us

It’s never easy to peg the winner for best limited series and this year fans have two riveting true stories to root for. Don’t completely ignore the devastating tale of Chernobyl, but that’s the only realistic threat to When They See Us, which hits home a little harder.

Maybe it’s because one event is racially driven and happened in the U.S. and the other happened overseas. Whatever the case, When They See Us is gut-wrenching and painfully eye-opening, while it also hits you in the feels within the first 10 minutes.

Neither of these worthy contenders are easy to stomach, but When They See Us delivers a haunting message everyone needs to embrace. It’s also just flat out better and enters the Emmys race as the favorite in this category.

One Emmys category that does not have much competition at all is the race for best actor in a comedy series. Bill Hader won this award for his season one work in HBO hit Barry last year and he’s back for a repeat this September.

Hader delivered the perfect blend of troubled darkness and charm in Barry, where he’s a professional assassin-turned-aspiring actor. Henry Winkler is a fantastic scene-stealer throughout, but Hader carries this thing like only he can.

There is some mild room for faint sleepers like Michael Douglas and Ted Danson here, but this is Hader’s award to lose. Constantly overshadowed on Saturday Night Live and in bit roles in other shows and movies, Hader is thriving in this off-beat dark tale and everyone is taking notice.

If Hader is a lock to take down best actor in a comedy series (he is), then Julia Louis-Dreyfus is already a guarantee, too. The comedy TV icon is best remembered for her work as Elaine on Seinfeld, but she’s arguably been the most successful actor post-Seinfeld thanks to her seven-year run on Veep.

There’s a case to be made that the impeccable writing and stacked ensemble cast prop up Julia Louis-Dreyfus, but she still shines in this hilarious jaunt through D.C’s political savagery.

It doesn’t hurt Julia Louis-Dreyfus that she’s made a successful comeback from breast cancer, has claimed this hardware an unreal six times as a member of this show and that Veep has signed off for good.

Everyone is cheering for her and rightfully so. The talent and performance has been there and continued to be there in Veep’s final season.

This may be the last opportunity for the Emmys to honor a comedy legend, while sleepers like Rachel Brosnahan and Natasha Lyonne (while quite deserving) may have to just wait another year.

Overall, the 2019 Emmy Awards promise to be fun and entertaining. I’m sure at some point we’ll see some crazy upsets, too. But when it comes to locked-in bets that feel extremely likely to convert, these aforementioned favorites take the cake.

Please follow and like us:
Related ItemsEmmy AwardsEntertainmentTV
← Previous Story How to Use the Paylines On Slot Machines
Next Story → The Most Popular Gambling Apps In 2019