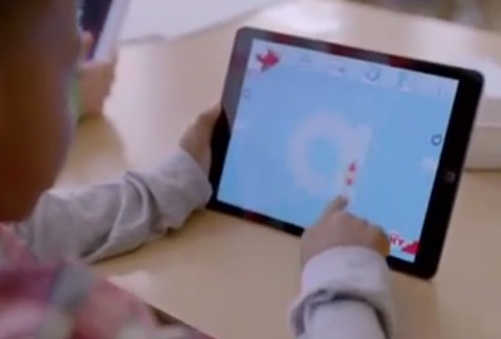 Below is the introduction video from the event Apple held today at the Yerba Buena Center for the Arts Theater in San Francisco.  The event was held to unveil their new iPad, the iPad Air, and the next generation of their iPad Mini.  While not many features have changed a whole lot on the new iPad, the look will be substantially different from we are used to.

The iPad Air weighs only one pound and is 43% thinner than the previous model, making it the lightest and thinnest full size tablet in the world.  The iPad Air will run on Apple’s A7 chip and will also have a 64-bit desktop architecture. It also includes the M7 chip that was introduced with the iPhone 5S.

In addition to that, the iPad Air also features a 5.0 megapixel camera, full 1080p HD video and a 9.7″ retina display screen.  The side bars of the iPad Air have also been slimmed down to give the screen a bigger feel.

As for the iPad Mini, it will now come with retina display at 2,048 x 1,536 pixel resolution and an A7 chip. Not much difference there, either.  But with the same processor, the Mini and the Air will be able to run the same apps.

The iPad Air will replace the full-sized iPad, but Apple will still make the iPad 2 available for $399.  The iPad Mini 16GB will be priced at $399 with both new products availability scheduled for November.

Customers will also be able to get Garage Band and iPhoto in the iLife Suite for free with the purchase of any Mac of iOS device.  Their new OS X Mavericks will also be available for free download.