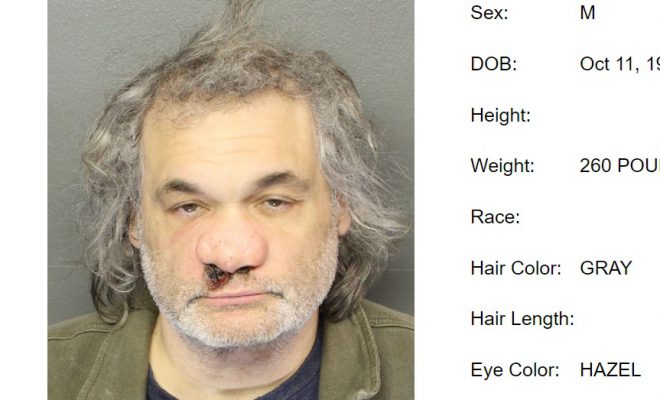 Artie Lange is being held in Essex County Jail in Newark, N.J. for “a few days” to help him sober up before heading to a long term treatment facility, according to someone running his Twitter account.

The comments made by Arties lawyer have been taken out of context.. Artie was not arrested and sent to jail… they are holding him a few days to sober up before transferring him to a long term treatment facility, Artie needs us to be with him, not against him- TeamLange

The last time Lange made headlines was in December when he tested positive for cocaine, benzodiazepines and suboxone while in court for a probation violation.

Comedian Artie Lange was held in the Essex County Correctional Facility in Newark, N.J., on Wednesday night allegedly in an effort to help him sober up before being relocated to a long-term treatment program.

The former “MADtv” star’s team tweeted that he was not arrested, but only being held in jail for a few days.

Lange reported to drug court on Dec. 14, after testing positive twice for cocaine and opioids during his four-year probation. The comedian avoided jail time back then, but the drug court had the authority to remand him to jail.

Several celebrities pleaded on Twitter late last year for Lange to seek help for his long and public drug problem. Lange shared a photo of his nose, which has been badly damaged after years of cocaine use. His nose appears to be bleeding in the mug shot.

Since his “MADtv” days in the mid ’90s, Lange has had several stints in rehab for drug addiction.

While I’m not going to hold my breath, I really hope Lange commits to this rehab. Otherwise, he won’t see 2020.

Please follow and like us:
Related ItemsArtie LangeComedianEntertainment
← Previous Story Everything You Wanted to Know about 3D Slots
Next Story → Improve Your Career Prospects in Three Steps