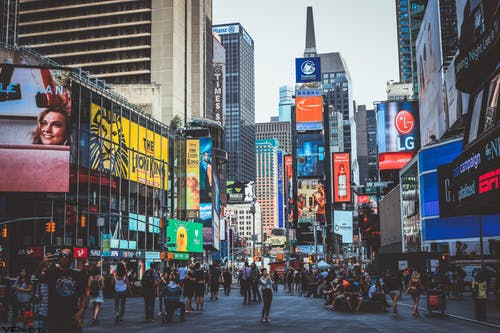 As the end of the year rolls around, there’s no better time to begin thinking about what’s gone on over the previous 12 months – and what the best cultural offerings have been. But 2019 is an extra-special year because it comes right at the end of the decade – and that means there’s an even longer period to reflect upon.

There’s now a whole decade to think about, and it’s certainly been a good decade for culture. Broadway musicals, in particular, have had a great decade: from Hamilton to Dear Evan Hansen, there have been plenty of musicals to enjoy. This article will explore some of the best musicals to have hit Broadway stages between 2010 and 2019.

No exploration of musical theatre in the last decade could fail to look at Hamilton, which is perhaps best described as one of the top musicals of the century so far. The story focuses primarily on Alexander Hamilton, a Founding Father of the US who helped shape the young country for the future. But for Lin-Manuel Miranda, the person behind the musical, and his team, this story was an opportunity to reshape the genre of musical theatre altogether.

First off, the music and dialogue in the show mostly take the form of rap – a decision which not only broadens access to a range of creative groups who may previously have felt excluded from musical theatre, but which also gave the show a fast-moving, upbeat feeling. For those who may have previously felt like Broadway musicals were not quite fast-paced enough, this genre-defining performance is likely to change minds. With Hamilton now off around the world and playing to packed audiences in London’s West End, it is likely to be named not just one of the decade’s best films but also one of the best films of the century.

Fiddler on the Roof

But not all of the hit musicals of the decade have been completely new. Some have been remakes of older musicals that have appeared before on both the stage and on the big screen. The 2015 remake of Fiddler on the Roof, a classic story of tradition and heritage, was an example of a popular hit that had a history all of its own. The musical is firmly 20th century in its traditions and nature, and it has also been made into a film – again in the 20th century. For some time, the production fell into obscurity – although this decade saw it brought back well and truly into the spotlight.

The remake, which was produced by well-known Broadway producer Louise Gund, was received well. It was interpreted in part through the lens of the modern refugee crisis around the world. The remake’s director, Bartlett Sher, told Smithsonian magazine that the protagonist was deliberately characterized to reflect issues of migration in the modern world. “You see him enter the line of refugees, making sure we place ourselves in the line of refugees, as it reflects our past and affects our present,” Sher said.

Perhaps a more surprising smash-hit of this decade was Dear Evan Hansen, a musical tale of a young high school student who experiences anxiety, and who is advised to start writing letters addressed to himself. In this way, a major issue of the decade – the rise in mental health conditions among children and young people – is explored in detail, with some heart-rendering moments combined with catchy songs such as “Waving Through A Window”.

But there are some universal messages in there too: issues of family breakdown and teenage angst more broadly are explored. Clearly, the messages appealed to audiences, with the musical receiving a whole host of awards. It won Best Musical at the 2017 Tony Awards, for example, while the show’s star Ben Platt picked up Best Performance by an Actor in a Leading Role in a Musical. And it was picked up well by critics, too. The Washington Post described it as “one of the most remarkable shows in musical theater history,” for example, while The Independent in Britain called it “a superb, unmissable musical”. The show is now on tour across North America, while it maintains spots on Broadway and on London’s West End.

As this article has demonstrated, the Broadway musicals of the last decade have been strong performers. From the interesting reworking on history carried out by those behind Hamilton to Fiddler on the Roof, Broadway has been full of innovators in recent years. And with a new decade now on the horizon, it’s time to think about what excellent Broadway shows could turn up in the years to come.

Please follow and like us:
Related ItemsBroadwayEntertainmentPlay
← Previous Story Future Smartphone Technologies That Will Create A Second “iPhone Moment”