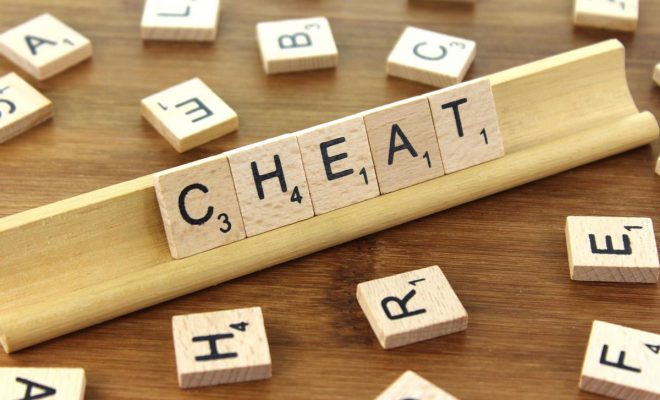 The Science Of Cheating Meets the Battle of the Sexes

Love it or hate it, accept it or deny it, cheating is real, and the capability to cheat is in us all. The truly interesting bit is that the two genders seem to go about it in different ways and for varying reasons. Men appear to be more likely to cheat than their female counterparts. We take a look at whether this is indeed so, and why.

The common assumption is simple but true; winning often leads to cheating. The truth is, we live in a world driven by winning, and there is rivalry and competition in almost everything we do. Rivalry, and not so much necessity, is the mother of invention. As soon as a need arises, we compete in order to meet that need. As such, rivalry drives our economy and ensures that we move ahead technologically. It encourages true innovation and coming up with creative solutions to everyday problems.

In many ways, rivalry also leads to cheating. People have been coerced to try and manipulate the system for as long as what time is old. We do not all subscribe to the same moral compass and as such, some folk feel that it’s easier and more convenient to cheat without being troubled by any form of remorse after the fact. The bottom-line is: cheating is often the easiest way out.

In this context, it becomes clear that the effect of a competitive environment on our everyday behavior isn’t always an ideal one. It prompts us to choose the shortest route, the easiest way requiring the least amount of effort.

Other than this, it’s clear that the two genders tend to have a different take on cheating altogether.

When you think about it, it all basically comes down to one thing – survival. Back when we were still roaming wild, survival was a luxury only to be had by the fittest among us. As such, our competitive natures became our greatest allies.

The traditional role of the man has always been one of being the protector and so the male brain is better wired for competition than the female brain. Whilst it’s true there are exceptions, this seems to be the norm: men are much more given to competition and wanting to win despite the costs, than women are. By this logic it becomes a little bit easier to understand why men are more prone to cheating than women.

Establishing our place in the natural order of things is as telling in the argument as to why we cheat, as is the need to compete. An independent study was done by comparing the various factors at play when having people engage in games of chance versus games of skill, or in other words, games where they would be in control of the outcome, to varying extents.

When pitted against each other in a lottery game, people tended to be more honest as to what the reported value on the dice was. A game of trivia, however, showed quite a different result. People who had engaged in a game of general knowledge tended to overstate and inflate their winnings. It’s as if the general reasoning was that the outcome was direct reflection on their general worth as human beings and as such, had to appear in the most favorable possible way.

Interestingly enough, once again, men were the bigger culprits. The feeling of power, or of being powerful and completely in control, seems to inspire a desire to feel the same feeling again and again, and perhaps even more intense than the previous time around. This can lead to various abuses of privileges, including lying, as was the case in the lottery / trivia study.

Whenever major cheating scandals have been uncovered in the world of the casino industry, which is one that lends itself particularly to the study of human behavior as a rule, it has been mostly men. Consider for instance, the recent scandal surrounding Phil Ivey, the Poker champion who was recently ruled to have been cheating during a game of Baccarat at Genting Bhd. Casino in London in the United Kingdom.

It’s very seldom that a female player is accused of this type of behavior and certainly never to the degree in which men are involved. Interestingly, if we look at the biggest cheaters in recent history, only men come to the fore. Phil Ivey, lance Armstrong, Tiger Woods all being prime examples. Yet if you had to think of a female cheat, the chances are, you can’t.

Please follow and like us:
Related ItemsCheatingmenRelationships
← Previous Story Perfect Your Skills With Pareto
Next Story → Nostalgia Pays: Childhood Toys that are Worth Serious Money