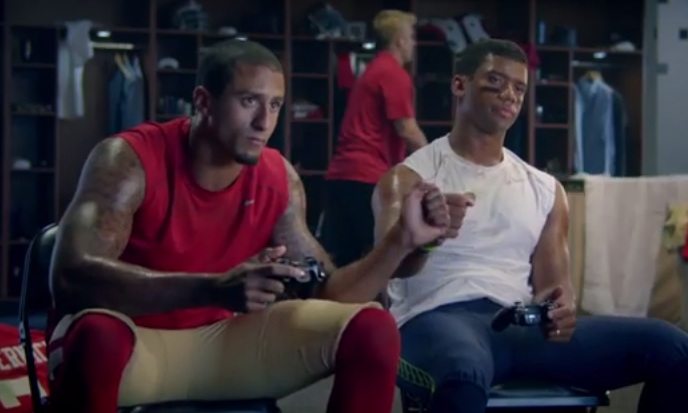 Second Madden 25 Commercial is Just as Good As the First, Featuring Colin Kaepernick and Russell Wilson

This edition shows us how Colin Kaepernick and Russell Wilson  first met and how their rivalry began.  The setting is summer camp and the two play Madden relentlessly and at the conclusion of the camp, vow to become the best quarterbacks ever so that one day they can beat each other using themselves.

The funniest part of the commercial is the training regime.  Young Kaepernick is show on a rotating treadmill with a tackling dummy in the front working as an obstacle as he throws passes at tires.  More hilarious, though, is young Wilson as he is taking snaps with a fake rabbit on his helmet to attract eagles,  to which he must run and juke from.

Bravo EA. Can’t wait for the next one!