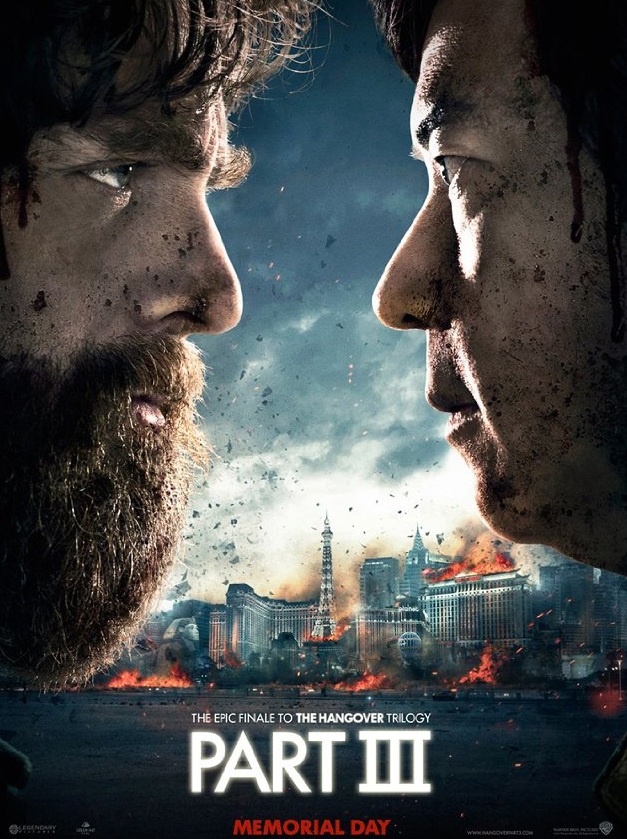 The Hangover III – The Official Teaser

Ready for The Hangover III?

Remember the first time you saw The Hangover?  It was epic, right?  I think I saw it twice the weekend it came out, perhaps three times.  When Hangover Part Two came out, I was on board.  Everyone wanted to see more of Alan (Zach Galifianakis) and I was no different.  However, the sequel was a disappointment.  Predicable and its best and downright disgusting at its worst, it just didn’t live up to the first.

The third installment, and what appears to be the final, of the franchise brings the boys back to Vegas.  The Hangover III follows a different suit than the first two movies in that this one is centered around the boys helping Alan escape from a mental institution.  It appears, in the trailer below, that Alan’s dad passes away.  This could be the precursor to Alan landing in a padded room.  Also, if you remember from the first Hangover, Alan’s dad loved Vegas (“You never leave a heater”).  So couple those two things together and maybe they are on their way to spread the ashes in Las Vegas.  What else would bring them back after such a horrific first time there?

Who knows, right?  But I thought that was a pretty good guess.

John Goodman and Melissa McCarthy, no matter what capacity, are great additions to the movie as well.