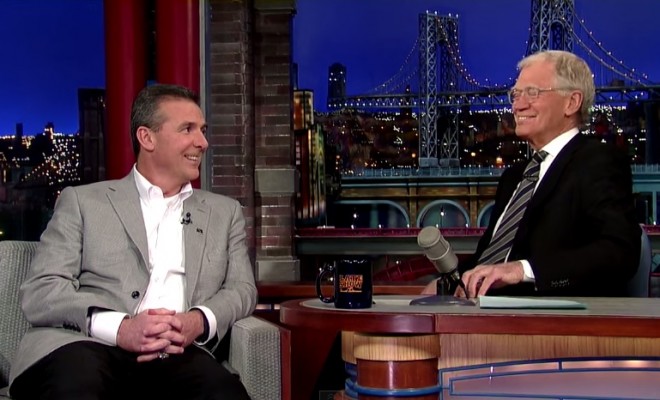 Urban Meyer Refuses To Say ‘Michigan’ On The Late Show

Urban Meyer will be on The Late Show with David Letterman tonight and ahead of the broadcast, the show released a teaser of the interview.

Letterman dives right in asking Meyer what he is going to do about his three quarterback situation now that Cardale Jones is coming back. Meyer deflects the question by explaining how they got to Jones being the starter. He tells of how Braxton Miller injured his shoulder and the reigns were handed to J.T. Barrett who ended up breaking his ankle against…that “team up north.”

When Letterman pressed him for the name, Meyer simply responded “our rival.”