Will Ferrell Is The New, Hip Santa Claus Complete With A Soul Patch

Will Ferrell was on the Tonight Show last night with Jimmy Fallon and, like usual, he did not disappoint.

Instead of being his normal goofy self, Ferrell opted to come out in a new persona that he said kids have been waiting for. A new, hipper Santa. What Ferrell gave us was actually a cross between a SoCal skater bro and a frat bro, stuck in the late 90’s. As you can imagine, it was awesome.

Since Ferrell is the new Santa, there are also new rules. For instance, you don’t sit on Santa’s lap now, he sits on yours. 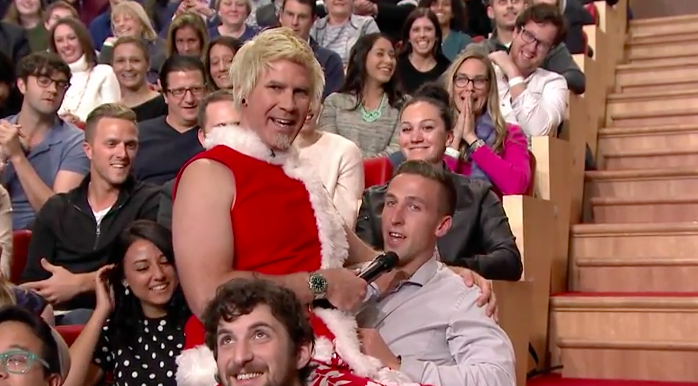