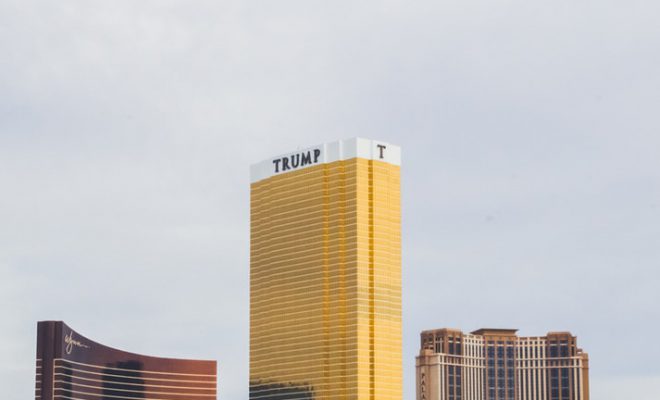 When Donald Trump and his running mate, Vladimir Putin… sorry… we meant Mike Pence… whoops. Let us start again. When Donald Trump became the United States President, he lodged himself in history as the richest person to ever sit in the Oval Office with a net worth of $3.2 billion. But despite taking this crown, he still falls well short of being the richest world leader.

As you’ll see, some of the names on this list are democratically elected individuals, while others are absolute monarchs. But one thing binds them: they are all filthy rich.

It’s confusing because while this guy isn’t technically the ruler of Dubai, he is the hereditary ruler of Abu Dhabi and president of the UAE. Anyway, the point is this: he’s rich. Super rich. One of the richest people in the world. But that’s what you get when you are an oil baron with a place at the top of a sovereign wealth fund loaded with $800 billion. That is crazy money. As for his personal fortune, you’re looking at $18 billion.

Everyone that has ever owned a copy of the Guinness Book Of Records has heard about the riches of this royal family and that’s partly because they aren’t afraid to flaunt it (just look at his car collection). How have they become so rich? By having a monopoly on a serious amount of oil and natural gas operations. Oh, and with a net worth in excess of $20 billion, he makes Trump look positively poor.

This king hasn’t been on the throne for much longer than a year but was handed the crown after his long-reigning father passed away. But it wasn’t just a seat on the throne that he was handed, it was also an inheritance worth well over $30 billion. So, yeah, he’s not only the richest ruling royal in the world, he is also ten times richer than Trump. Ten times.

Now, as with everything to with Vlad, there is a large degree of uncertainty when it comes to the specifics. Why did Boris Yeltsin suddenly resign in 2000? What did Vlad do as a KGB agent? What is his actual net worth? And how did acquire such a vast amount of money? It’s all quite mysterious. That said, all you need is a little bit of time and you can learn more about Vladimir Putin’s airplane, his palaces around Russia, his stakes in the oil sector and much more. You’ll also see that his salary is just $187,000, which makes the fact he is worth somewhere between $70 and $200 billion even more confusing.

Other notably loaded world leaders include the Emir of Dubai, a Prince in Liechtenstein, the King of Morocco, that Prince Albert (hahaha) chap in Monaco, the Sultan of Oman, another Emir (this time in Kuwait), Bubba Watson (although he technically isn’t a leader or that rich) and Queen Elizabeth II of England, although she only has $550 million, which is hardly worth writing home about if you ask us.