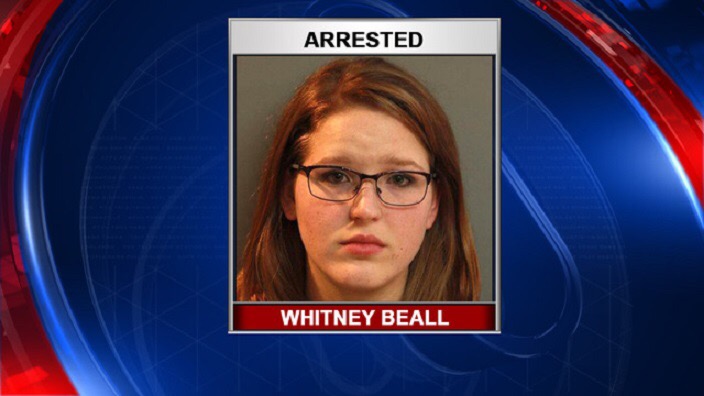 I swear to God I’m not picking on Florida. This type of shit just happens that frequently in the Sunshine State.

Police in Lakeland, Florida arrested 23-year-old Whitney Marie Beall after receiving numerous 911 calls from people who were watching her live stream herself on the app Periscope. During her broadcast she admitted that she was lost and “f*cking drunk.” Also, she believed she was riding on a flat tire.

Beall told her viewers she was “drunk,” “f—ing drunk,” said she had a flat tire, and also said she didn’t know where she was.

“I really hope I don’t get a DUI,” she says seconds before she hits a sign in the median, which was also caught on video.

Police finally caught up to Beall’s Toyota Corolla after using the app themselves to track her. When they initiated the traffic stop, Beall’s car struck the curb. 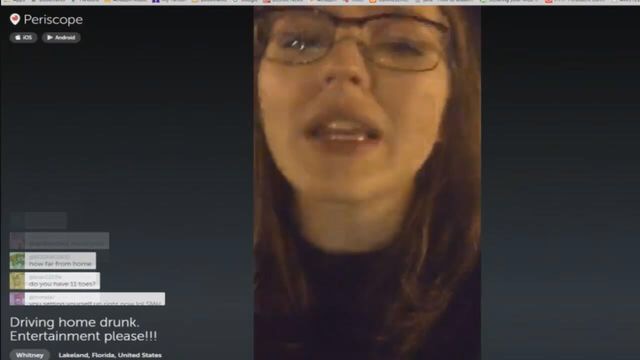 Naturally, Beall failed her field sobriety test and refused a breath test (that a girl!) which resulted in her arrest and booking in Polk County Jail on DUI charges.

She was released on Saturday and her attorney has since entered a not-guilty plea.

Please follow and like us:
Related ItemsDUIFloridasustainable life
← Previous Story Homeless Man Uses Human Skull He Found As A Puppet Because Florida Can’t Stop, Won’t Stop
Next Story → Weird Al Yankovic Unboxing His Grammy Award Is One Of His Best Parodies Ever