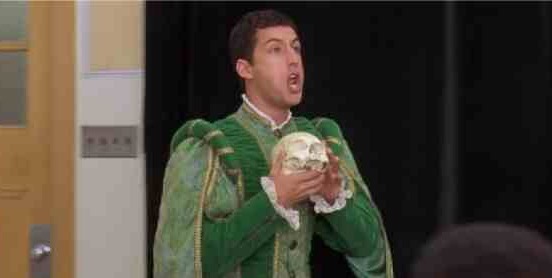 It has been one helluva a week for those in Florida. They have completely left Ohio in the dust. All the Buckeye State could muster was one guy who called the cops on himself for being too high. Ohio better step its game up if it wants to play in the bigs with Florida.

Our latest “Are you shitting me?” story from Florida gives us a homeless man outside of a Publix toting around what most thought to be a fake skull. But because this is the Sunshine State — where if you think it’s too f*cked up to be real, it probably is — it was most definitely human remains.

Nick Pecoraro, a bystander who alerted the authorities, said once you got close enough to the man, there was no mistaking that it was a real skull.

“He was using like a puppet,” said Pecoraro, who claims the man appeared to be talking to the skull and showing it off to customers in the parking lot before he left it on top of a trashcan outside of the Sebastian Publix Tuesday morning.

At first, Pecoraro thought the skull was fake until he got close enough to catch a whiff.

“It smelled like death,” Pecoraro said. “It’s definitely a human skull it’s still got teeth in it,” Pecoraro told an incredulous dispatcher. “I’m standing in front of it, but I’m not touching (it),” he said.

According to Indian River County Sheriff’s spokesman Thomas Raulen, the homeless man lived in a nearby wooded area where he stumbled upon the remains. Clearly, the homeless man must have questionable integrity because he must have thought no one would believe him. Not even if he, ya know, just went and told the cops “I know where there’s a dead body.”

“He had put the skull on top of a trash can over there because he wanted to tell somebody to call the Sheriff’s Office,” insisted Raulen Tuesday.

Investigators said the homeless man willingly led them to where he found the body, but it is too early to tell the cause of death or gender of the victim.

Please follow and like us:
Related ItemsFloridaOffices
← Previous Story Florida Woman Mistakes Super Glue For Eye Drops, Makes The Internet Cringe
Next Story → Florida Woman Live Streams Herself While Drunk Driving And I Give Up On Florida