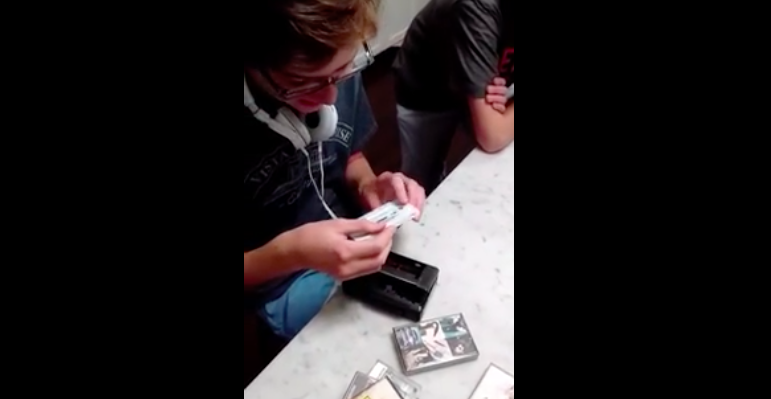 Walkmans weren’t exactly the most modern technology on Earth. Well. Perhaps at one time they were. I don’t know.

Maybe I said that wrong. How about this…Walkmans weren’t exactly the most sophisticated technology on Earth. Right? All you did was slide the cassette tape in, close her up, press play and rock out.

Well, since it’s been about 20 years since anyone used a Walkman (total guess), it would stand to reason that kids these days would not have any idea what they were. The video below shows two kids trying pretty hard to figure out the archaic technology.

My favorite part is the younger one — Calvin, the Boy Scout! — thinking that you needed to pull the ribbon out. Everyone knows the only reason you pull ribbon out is to gain revenge on your sister by destroying her New Kids On The Block tape.

Can you imagine your 10-year-old self trying to use an iPad for the first time?

For those wondering, yes, you can still buy a Walkman. For only $28 (!) at your local Best Buy.

More shocking? Best Buy has a Walkman or that it's $28? #nostalgia #cassettes

Related ItemsDownloadsiPhoneMannequin ChallengeNostalgia
← Previous Story This 6-Year-Old Dropped The Mic On His Math Test
Next Story → Woman Crashes Into Shed, “I Can’t Get Another DUI, I’ve Already Had One Today”