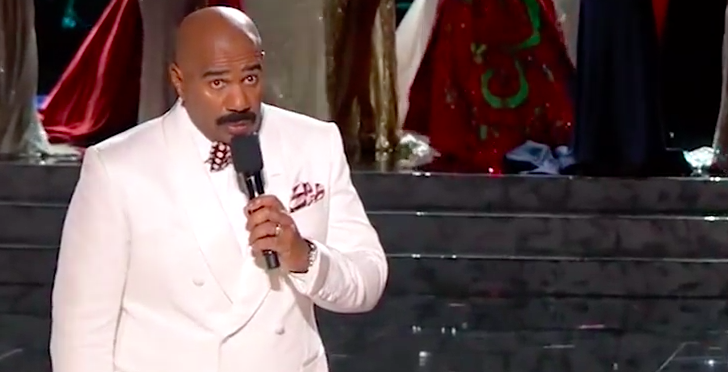 Steve Harvey created one of the most uncomfortable moments in live television we have seen this year since Rebel Wilson rocked a “f–k tha stripper police” shirt on the MTV VMAs. He did so when he accidentally crowned Miss Colombia as the new Miss Universe when it was actually supposed to be Miss Philippines.

But you knew that.

However, YouTube user Jake Rasmussen had the bright idea to take his gaff and fit it perfectly with a laugh track and the beginning music to Larry David’s HBO series Curb Your Enthusiasm. If you have even seen one episode of the show, then you know how spot on this actually is.