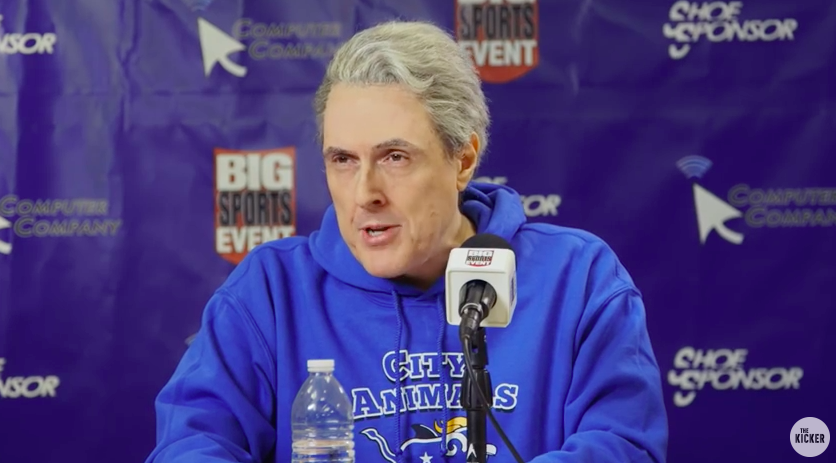 Weird Al Yankovic has been firing on all cylinders lately. From his unboxing video of his Grammy Award to his newly released “Every Press Conference Ever,” he really can do no wrong.

In his latest video, Yankovic plays the part of every coach, of any sport, to ever give a press conference. Along side him are every team’s superstar and every team’s bench player who had an extraordinarily good game. Think Matthew Dellavadova sitting next to LeBron James sitting next to David Blatt during last year’s NBA Playoffs.

Also included are your standard newspaper reporters and other journalist. My favorite, obviously, would have to be the blogger who takes quotes from press conferences out of context.

Please follow and like us:
Related ItemsBatmanEnglandNBANFLVideo
← Previous Story Modern Day Aladdin Murderballed Halloween, We Can All Forget About Dressing Up
Next Story → Bad Lip Reading Of The First Republican Debate Might Be Their Best Stuff Yet