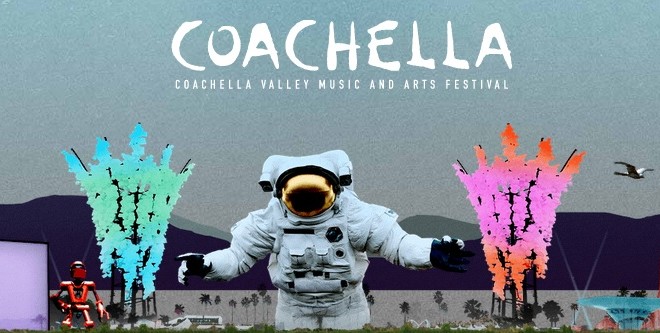 Coachella Valley Music and Arts Festival has released the lineup for this years three day event. As in years past, the festival will be held on consecutive weekends, featuring the same lineup. This year it will go down April 10-12 and April 17-19 at its usual home the Empire Polo Grounds in Indio, California.

This year’s headliners include rockers AC/DC and Jack White as well as hip/hop and R&B star Drake. Other notables are Alabama Shakes, Lykke Li, Porter Robinson, Ratatat, Hozier, Run the Jewels (highly suggest seeing them), Florence and the Machine, St. Vincent and Fitz and the Tantrums.

As usual, though, the smaller the names on these posters, the better the show usually gets. For instance, at first glance, I would say Sunday is the best night. It has something for everyone. Drake, Florence and the Machine, Kaskade, Ryan Adam and St. Vincent are a very eclectic mix. Earlier in the day you will also be able to catch Fitz and the Tantrums (so much energy) and midwest rockers The Orwells.

Below is the full lineup. Thoughts? 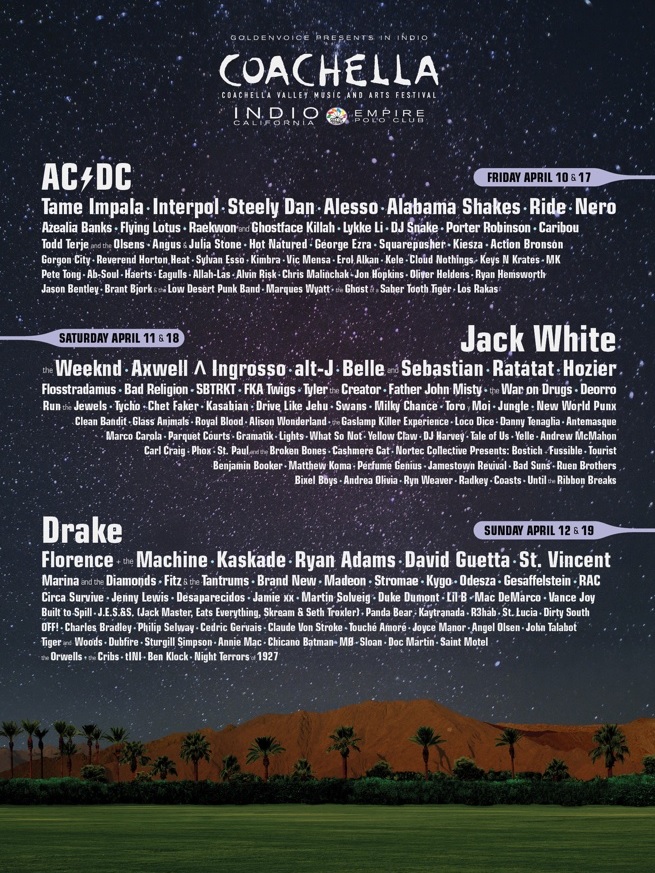