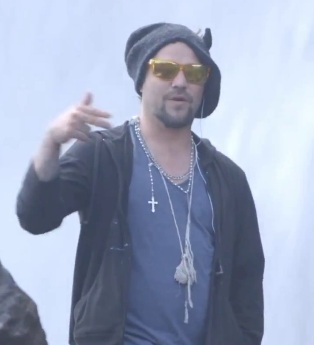 Bam Margera is back to his old tricks.  Since the passing of his best friend Ryan Dunn, we really haven’t heard much from the former Jackass star, but he is now letting us know he is still around…and still just as f*cked up.

This new single is something to behold.  It is too racy for the likes of MTV (does MTV still play music videos?) but in this day and age, it is perfect for the internet.  Like the title suggests, Margera raps/sings about how awesome it would be to “titty f*ck his ass”.  I think this is what The Lonely Island would be if they were X-rated and dabbled with Dub Step.  Obviously this is something you probably shouldn’t watch at work or at the very least you should watch it with headphones on.  I was left scratching my head but I definitely laughed at numerous points throughout the video.  Is it immature and stupid?  Yes.  But, like we have seen with Dick In A Box, those tend to be the funniest videos.