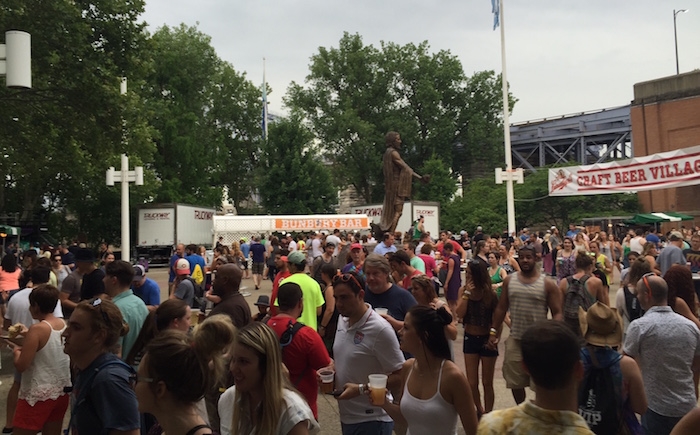 Bunbury Music Festival in Cincinnati has been growing. When a festival grows as such, they try to find different ways to make things more convenient for the masses that attend the show. Unfortunately, it doesn’t always go according to plan.

Such was the case for day one of Bunbury. They are now a cashless festival. They require attendees to load up their wristbands with funds that will be scanned to make any and all purchases inside the festival. This isn’t uncommon. Lollapalooza does a variation of the same thing. What is uncommon, though, is the fact that you cannot use cash. At all.

That’s right. Your money is literally no good inside of Bunbury Music Festival. You ride and die with your wristband. If it sounds awful that is because it is awful.

After getting my wristband at the will call booth, I was tasked with finding a “top up” tent to add money to my wristband. After waiting in line for 15 or so minutes, I was informed that the “system” was down and they were only accepting cash deposits. The very thing they were set up to do, they could not.

So on I went to find another “top up” tent. This time, while waiting in line, I talked to another guy who was there because the money he had deposited wasn’t showing up when he tried to buy beer. Convenient right? And all the while I was missing bands that I wanted to see.

After finally getting my wristband loaded, I was able to enjoy the day. Haim and The Killers were the winners of day one. They both just flat out rock with the former putting on a percussion display for the ages.

Please follow and like us:
Related ItemsMotorsportMusicMusic FestivalStudy
← Previous Story And Just Like That, Justin Timberlake Gives Us The Song Of The Summer With ‘Can’t Stop The Feeling’
Next Story → Florence And The Machine Closed Another Successful Bunbury Music Festival