Lollapalooza Releases Lineup For 25th Anniversary And It Does Not Disappoint

The 25th anniversary of Lollapalooza was going big. We knew that as soon as they announced the annual three day festival in Grant Park in Chicago was going to be four days.

We also knew that since Lollapalooza was the brain child of Perry Farell, we would see Jane’s Addiction. What we didn’t know, however, was how well they would be able to fill a lineup card to make the $335 general admission ticket worth the money.

LCD Soundsystem, Radiohead, Red Hot Chili Peppers and J. Cole are among the top headliners, but also included — and we can only assume against them — are Lana Del Rey, Future, Ellie Goulding, Jane’s Addiction and Major Lazer. If that wasn’t enough, or somehow doesn’t interest you, there is always Chris Stapleton, Halsey, Two Door Cinema Club, G-Eazy, Flume or Disclosure.

The above would be enough for most festival goers to lay down the cheddar for a 4-day pass, but the acts below the big names are nothing to look over.

The line up from there is something of a jaw drop. The fact that The Arcs, Leon Bridges, Big Gigantic, Adventure Club and St. Lucia are among the “smaller” names on the lineup poster tell you just what kind of star power Lollapalooza is bringing this year.

Going even smaller down the lineup you can find more gems. Houndmouth, Oh Wonder, Nathaniel Rateliff & The Night Sweats, Duke Dumont and The Front Bottoms are all worth your time.

Do you see what is smack in the middle? Third Eye Blind. Because why the hell not?

Check out the full lineup below. 4-day passes are sold out (went on sale 3/22) but you can get single day tickets today starting at 11am EDT. 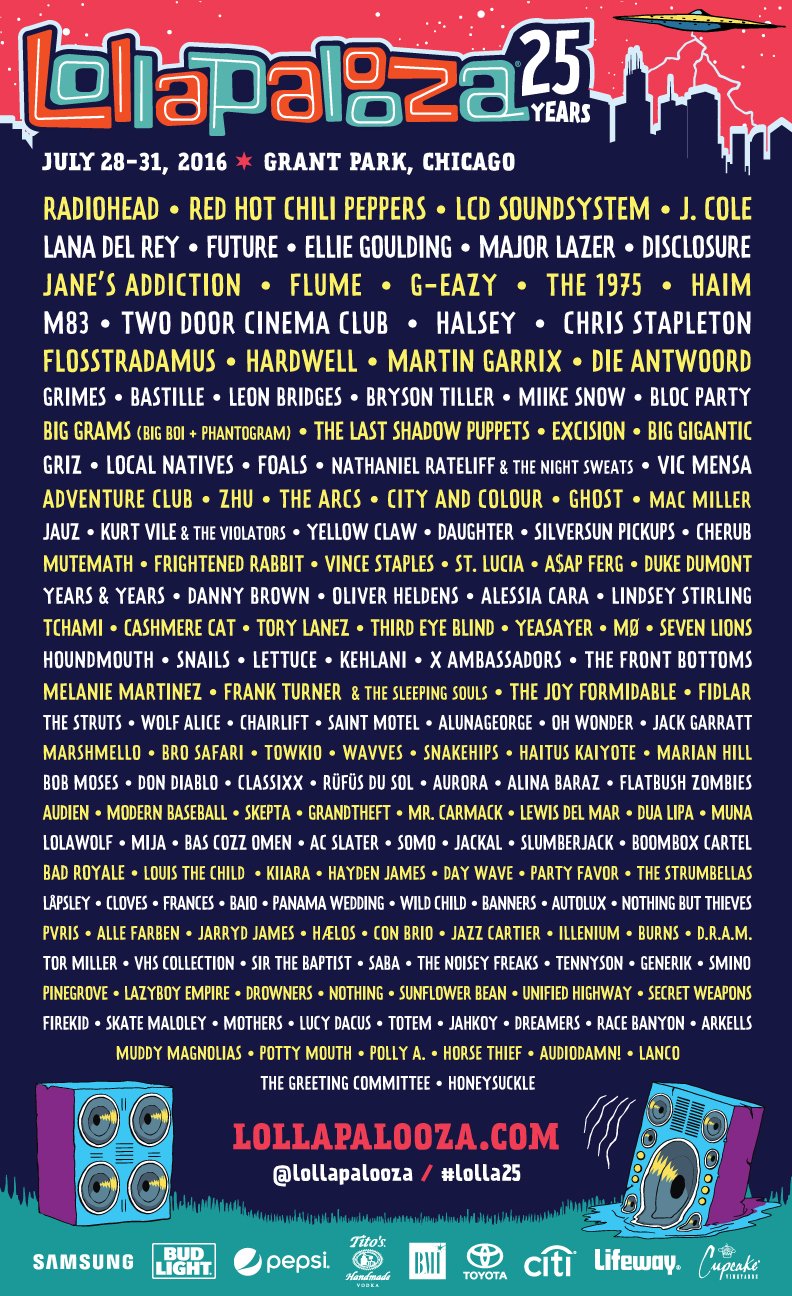