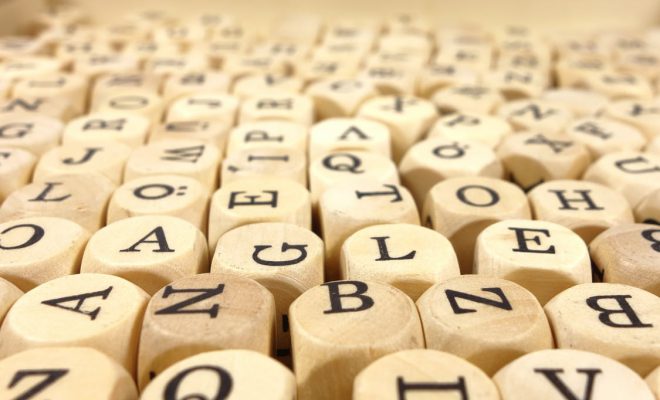 The Basics of the Musical Alphabet

For musicians of all kind, the musical alphabet is what everything revolves around. So, whether you are just getting started in music or you have learnt your instrument using other methods, it helps to at least know the basics of what it is all about. This guide is here to give you an overview of what the musical alphabet is all about, so take a look if you are aiming to learn for the first time or simply refresh the existing knowledge that you already have.

If you have never studied the musical alphabet before, it may come as something of a surprise to learn that there are only 12 notes that you can use. Looking at a piano, there are obviously so many more keys than this, but the truth is that they are the same notes repeated in different octaves (more about them later). We name the notes using the first seven letters of the alphabet from A to G. The notes that just use these letters and nothing else are called natural notes. The five other notes that make up the 12 are known as sharp and flat notes which are indicated using the # and ♭ signs respectively. Some notes sound the same but are ‘spelled’ differently (more on enharmonic equivalents from Bold Music. Always remember that a sharp is one above a natural note and a flat is one below. So, an A# is the black key on the above right of an A while a B♭ is the one above and to the left of the B.

Visualizing on a Keyboard

Visualizing the musical alphabet on a piano keyboard is a very useful activity regardless of what type of instrument you specialize in. We have just touched upon it in the last point, but the natural notes are all the white keys whereas the sharps and flats are the black ones. There are a couple of places on the keyboard where there is no sharp or flat note in the middle of white ones – this is between B and C, and also in the middle of E and F. The basic pattern of 12 notes continues to repeat over and over again, so once you learn what the C key looks like, you know it is repeated several times on the keyboard.

The Basics of Intervals

An interval refers to the difference between two notes. These can be further subdivided up into steps. So, a half step is the distance between, say, a C and a C#. A whole step is the difference between a C and a D. We talked about them earlier on, but octaves are the same note in a higher or lower pitch. Try playing all the C notes on a keyboard so you can hear what they all sound like. The term ‘octave’ comes from the fact that they are all eight natural notes apart. Over time, you may find that you are able to identify that notes just by listening to them. For some people this comes naturally, while for others, this is more of a challenge to learn. So, when musicians talk about being one octave above or below, it is simply the next equivalent note along up or down on the keyboard. Chromatic scales refers to a sequence of notes in which none of them are repeated and they are played in ascending order from lowest to highest.

Transferring to Your Instrument

Of course, the piano is the easiest instrument to get a full understanding of the musical alphabet, but you can transfer the theory you have learn from this onto your own instrument. If you are just starting out, learning the theory is a very useful activity that can help you out no end in the long run. Even if you have been playing your instrument for a while, you will be surprised what a new perspective you get on it by having a better understanding of the musical alphabet. This is particularly important if you are planning on composing your own pieces at any point. Once you have learnt the musical alphabet, you can start to understand how the different notes go together and which ones should be used. You can also learn about the notes which make up the different chords, which is particularly useful for guitar players. Hopefully, this guide has given you a good starting point from which to build.

Please follow and like us:
Related ItemshobbyMusicpiano
← Previous Story Is Vinyl Really The Best Format?
Next Story → 5 Quirky Instruments You Should Learn To Play This Year