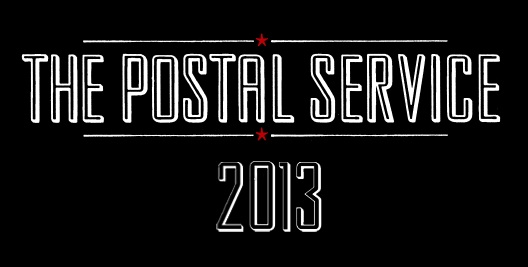 UPDATED: The Postal Service Reunion is Happening and May Culminate at Coachella

Many, many people, myself included, have been waiting patiently for another tour from The Postal Service.  Well, the wait is all but over.  The band has updated their webpage to simply read “The Postal Service 2013”.  That is a pretty good indication of what we can expect this year.  Early rumors included talk of a reunion at The 2013 Coachella Valley Music Festival but it seemed like a really long shot at the time.  Now, with the hinting from the band’s website, that rumor may come to fruition.

Ten years ago, the band released Give Up and it became a cult classic.  Death Cab for Cutie’s Ben Gibbard and producer Jimmy Tamborello of Dntel and Headset really dropped something huge on the music scene only to step away at their height of success.  While a new album seems out of the question, the reunion of this duo seems imminent and, personally, I couldn’t be more pumped.

UPDATE: Billboard has confirmed the news of the reunion and also Sub Pop will be releasing a deluxe 10 year anniversary edition of Give Up next month.