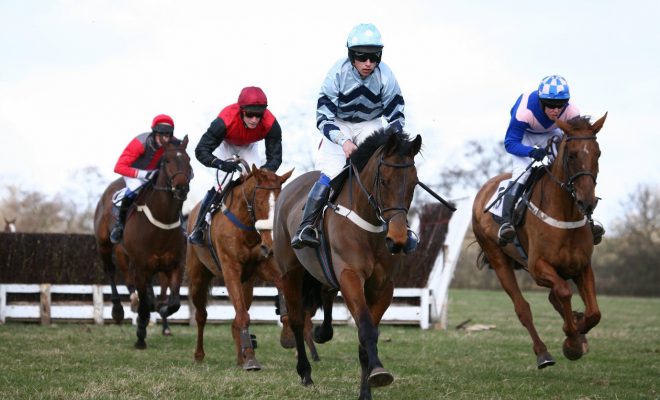 A Guide to St. Patrick’s Thursday

Day number three of the Cheltenham Festival sees the spectators go green and down plenty of Guinness to celebrate St. Patrick’s Thursday. After seeing the big races of the previous two days, namely the Queen Mother Champion Chase and the Cheltenham Champion Hurdle 2019, the third day sees the Stayers’ Hurdle as the main race of the day.

Here, we take a look at some of the biggest races of the day, the biggest names to have won them, and who could follow in their footsteps this year.

The Ryanair Chase is one of the big races at the third day of the festival and this year, it is Min who is the current favorite to win the race, at odds of 5/2. 2017 Ryanair Chase winner Un de Sceaux will be participating in this year’s race, and has been given a price of 5/1.

Imperial Commander, Albertas Run, Cue Card and Vautour are the other big names to have won the race. It is a relatively new addition to the festival, having been introduced in 2005. The winner of the inaugural race was Thisthatandtother.

When Min takes to the course on the 14th March, expectation will be heightened because of his recent wins in the John Durkan Memorial Punchestown Chase at Punchestown and the Dublin Chase at Leopardstown.

While the Ryanair Chase may be a relatively new race in the Cheltenham Festival, the Mares’ Novices’ Hurdle is a very new race, having only been raced three times previously. Limini won the first race, Let’s Dance won in 2017 and Laurina won the race at last year’s festival.

Laurina is third favorite in both the Mares’ Hurdle and the Champion Hurdle, demonstrating that the winner of the Mares Novices’ Hurdle has the opportunity to progress from there. This year’s favorite is Epatante, who has been priced at 15/8, closely followed by Honeysuckle at 10/3.

The biggest race of the day is the Stayers’ Hurdle. Joint Gold Cup favorite Presenting Percy is the second favorite to win this race, with Paisley Park named favorite at 7/4. The favorite has been in fantastic form heading into the race, having won four races from four. His most recent win was at Cheltenham, where he finished an incredible 12 lengths ahead of West Approach in the galliardhomes.com Cleeve Hurdle.

Presenting Percy meanwhile has featured just the once this season, in the John Mulhern Galmoy Hurdle at Gowran Park. Although he won the race, it was a close victory over Bapaume, by just one-and-a-quarter lengths. This unconvincing victory, as well as his lack of preparation heading into the race, suggests that Paisley Park is the rightful favorite and could easily race home to victory.

If Paisley Park wins this year’s race, it could be the start of multiple race wins for the Irish horse, following in the footsteps of Big Buck’s, Baracouda and Inglis Drever.

Related ItemsBettingHorseracingSports
← Previous Story Will Buveur D’Air triumph in the Champion Hurdle again?
Next Story → Six tips for getting the most out of exercising in spring