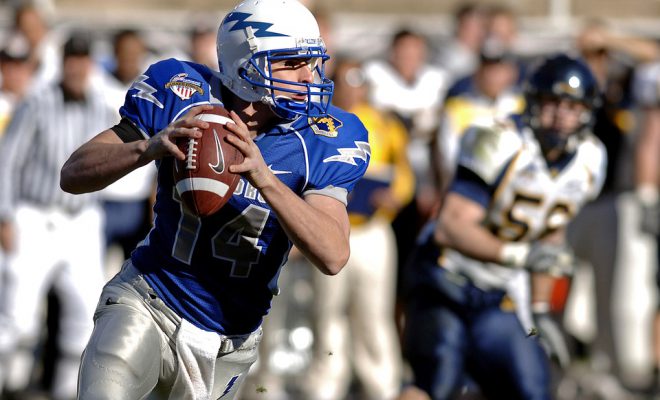 Around The World In 5 Sports

If there is one thing that brings every single country around the world has in common, it’s a love for sports. Playing sports not only brings people together, but it also ensures they can enjoy a healthy lifestyle, so there is no wonder why so many of the world’s people are really into it. One of the fun things about sports, though, is that each country has their favorite, and no two countries seem to share the same popular sports. So, it’s always interesting to check out some sports that might seem unusual to you, but completely common to people from a different country.

Want to learn a bit more about sport from around the world? Here are five that are very popular.

If you ask anyone from England what their favorite sport is, they will tell you football. I’m sure some Americans will also tell you that their most popular sport is football too, but these two countries define that word very definitely. “Football” in Britain is what the Americans call “soccer”. And the American version of football doesn’t actually exist in the UK. In American football, the ball is thrown from player to player, and very rarely kicked.

Not many sports can be easily combined and played at the same time, but some people have found a way to combine chess and boxing. This might sound quite odd, but it is actually a very popular sport in countries like Germany, Russia, and India. Competitors alternate between three minute bouts of playing chess and fighting. The game is won with either a checkmate or a KO in the ring.

Judo is a martial art that was developed in Japan and has since become very popular all over the world. It takes most of its moves from another type of martial art, jiu-jitsu, but uses a lot more mental discipline. If you want to learn more about this popular sport, you can always check out https://judoinfo.com/obiknot where you will also find some great tips for beginners. As this sport is now quite popular on an international level, you should be able to find a local judo center where you can start lessons.

Marathons are quite common around the world these days. But have you ever considered trying to race a marathon against a horse? Well, as you can see at https://runnersworld.com/news/a20856392/the-man-versus-horse-marathon-takes-racing-to-a-whole-new-level/, you can try this out in Wales where the annual Man Vs Horse Marathon takes place. It’s ran over a cross-country route, so it can actually be difficult for the horses to keep up a good speed. There have been quite a few years in which humans have won the race!

Lots of Central European countries enjoy handball. It’s just like American football, but the ball never touches the feet, as the name suggests!

So, do any of the sports in this list take your fancy? Even if you aren’t particularly into sports, it’s always worth finding out the local favorite when you are traveling. You never know what you might find!