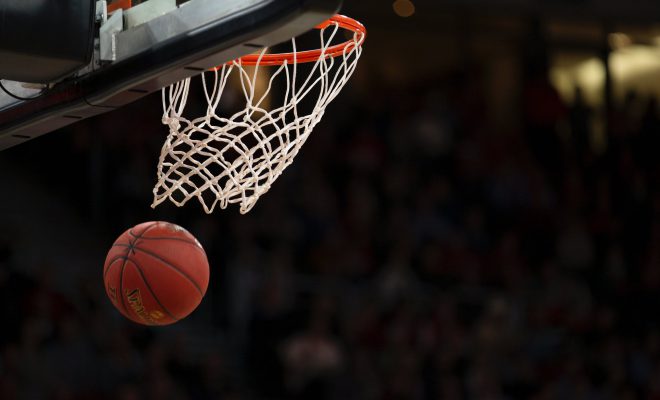 With the NBA finals reaching their conclusion, basketball is topping the agendas of most sports fans right now. That’s why some will be turning to the delights of Basketball Star Slot, the fourth in a series of sports themed games from Microgaming that follows similar video slots inspired by cricket, soccer and rugby.

Featuring 243 ways to win, Microgaming has continued to champion the playability that gamers want to see with five reels that you can start spinning from just 50c. Spurred on by the latest basketball news from the finals and the ensuing comings and goings of the trade market, slots fans can satisfy their thirst for the slam dunk by taking to the court in an immersive game that features cheering crowds and fast-paced action.

Well designed and boasting some appealing bonus features, Microgaming has sought to deliver a slots experience that captures the excitement of the sport with an authenticity that puts you on the court. The reels are set against a backdrop of a crowded arena, the sounds of fans creating a cacophony of noise as you play. The symbols – a mix of drinks bottles, medals, players, the coach’s chalkboard and sneakers – add to the on-court ambiance.

Look out for the Basket Star logo (there’s more than 40 available) – that’s your wild. The Wild Shot feature is randomly activated during your game, up to two of reels 2, 3 and 4 can turn your game “wild”. Meanwhile, the game’s logo substitutes the symbols you’ll become familiar with while playing, displaying on reels 3, 4 or 5 leading to your “wild stack” that will, for example, on reel 3 offer an 18 symbol stack and on reel 4 a 25 symbol stack.

The game’s Rolling Reels feature is a popular part of Basketball Star. Every successful spin you make will see the winning symbols replaced by the symbols above. That in turn gives you more chance to win. And there’s a seemingly endless number of consecutive wins possible. Add Free Spins to the mix – which can come around as frequently as every 50 spins – and Rolling Reels puts you in pole position for a bigger payout.

Successive Rolling Reels also boosts your chances with a multiplier of up to 10 times so be on the lookout for the basketball scatter symbols to trigger your timely bonus spins. The frequency of the free spins means the payouts aren’t enormous but Microgaming has recognized that the thrill of consistent wins keeps the action hot. That said, a $1 bet can earn you $250 if you match five scatter symbols. There’s never a time to switch off when playing Basketball Star.

Your team might have made a good run in the play-offs this year, they might even be in with a chance of the Larry O’Brien trophy but whether the NBA season was a good one or a bad one for you this time around, Basketball Star Slot offers reliable entertainment.

Please follow and like us:
Related ItemsBasketballfinalsNBA
← Previous Story Airsoft Equipment Information – What You Need To Know
Next Story → Five Important People You’ll Meet As An Athlete