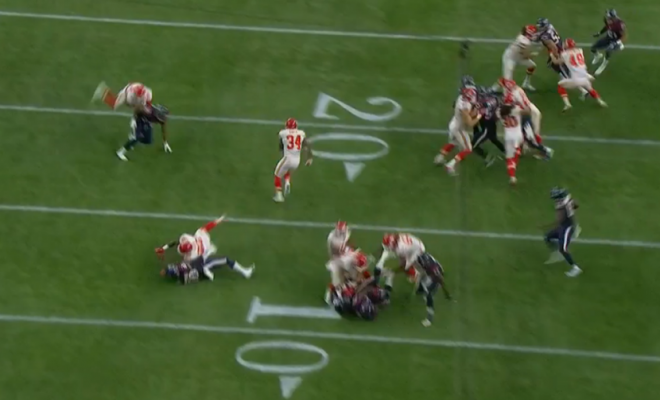 In the past few months, the NFL has been in the limelight with the new kickoff rule to help reduce the number of kickoff returns. This offseason, kickoffs leading to touchbacks slightly decreased compared to last year even with the changed rule of placing the ball at the 25-yard line instead of the previously used 20. NFL betting odds had already stated acclimatizing to this modification, which aims to push returners towards the end zone during kickoffs and protect players from hurting each other in flight.

Even though the NFL has taken a wait-and-see strategy, according to some coaches, many teams will change their tactics during play to counter the anticipated reduction of kickoff returns. Dean Blandino, the NFL Vice President of officiating sent a vide to media outlets saying the number of kick returns seen during offseason are usually more than those seen during regular season. In accordance with the NFL statistics, during the preseason, 42.2% of kickoffs led to touchbacks, a 1.2% decrease compared to the same period last year. In 2014, it was 37.5% and 2013 recorded 45%.

While the players can take care of themselves by going to places like HealthLabs.com to conveniently get their lab test results quickly online, what they don’t have control over is the possibility of injury while playing the game. Some credible sources have suggested that the kickoff rule should be eliminated completely because it carries heavy injury risks as players rush towards each other downfield to collide with blockers and the returners. So far, the NFL has just been modifying the same rule to reduce the percentage of kickoffs returns and to ensure player safety by increasing touchbacks. The NFL shifted the kickoff spot towards the opposite end zone.

The rule-making competition committee approved it to try it for one year only to allow the sports rule-makers to assess the way forward for this season. This offseason, some coaches raised concerns that some kicking teams would execute shorter kickoffs that would fail to reach the end zone to allow them tackle returners before he gets to the 25-yard line.

Preseason statistics already gives such warnings credibility and if NFL teams will sharpen such strategies to evade the new kickoff rule, then the regular season will register more kickoff returns for the fort time compared to this year’s preseason. Bill Belichick, the New England Patriots Coach, recently addressed the issue in a news conference saying that he watched Ravens kicker Justin Tucker executing his high-touchback kicks just inside the 5-yard line, which clearly shows that coaches are circumnavigating the rule. He added that the NFL teams should wait for next week to see the way they have prepared for the new rule in order to streamline thing in the end.

And yes, the NFL is having a wait-and-see moment until the regular season starts next week to help sports rule-makers to pull any conclusions. According to Blandino, the statistics are usually not so much apart; therefore, not many kick returns have been seen so far when assessing the preseason. Even with more return balls and more kicks in the field of play, everyone has to wait to evaluate the outcomes of the first few weeks of the season to allow experts to sample some characteristic plays and make a concrete conclusion on the new rule.

Please follow and like us:
Related ItemsKickoffNFLSports
← Previous Story Defensive End Damon Hodges Is Playing With Two Prosthetic Legs
Next Story → Exciting Sports Viewing That Will Have You On The Edge Of Your Seat