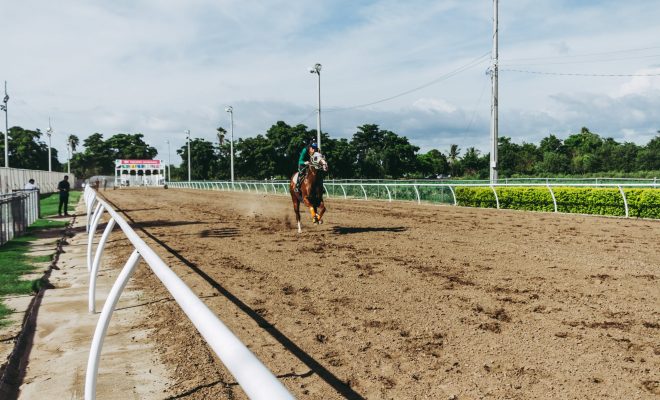 More so than with any sport, there are a number of myths and false facts that have surfaced over the years regarding horse racing. However, many of these myths have since been proven to be false.

These are some of the biggest horse racing myths, debunked.

The Whip Hurts the Horses

Using whips doesn’t hurt the horses and actually, jockeys no longer use whips in racing. What spectators see jockeys using is known as a persuader and it is made from a different material to a whip. It’s used to encourage the stride of the horse and is made from a much softer material, so it doesn’t cause harm to the animals.

While some activists have been shown to hit themselves with a persuader and feeling pain, the average size of a human is around 80kg while a racehorse is closer to 500kg. Persuaders are just there to serve as a reminder to the horse and aren’t used to inflict any harm to the animal during a race.

What Happens to Horses When They Stop Racing?

Many horrible stories have gained traction over the years of what happens to racehorses once they stop competing, from being abandoned by their owners to even being turned into glue, but there is no evidence to back up these claims.

In fact, in most cases, the horses are simply stabled and kept by their owners or they are sold on and rehomed. Recent statistics suggest that as many as 85% of racehorses are rehomed to the equestrian or pleasure industry to live out the rest of their lives peacefully and in comfort.

One of the most prominent and well-known myths in horse racing is that racehorses hate to race and are forced to do so by their trainers, owners and jockeys. But actually, racing is in a thoroughbred’s blood and they love to do so. As anyone who has seen a race where a horse refuses to go on any further will know, racehorses have strong characters and if they don’t want to race, they will simply stop and go no further. Horses can’t be tempted to race beyond their will and the fact that so many do so in competitions and events is a testament to how much they love to race and compete.

Any Horse Can Race

These horses also have a unique distinction in that they are the only creature able to run 1.25 miles in around two minutes, while carrying the weight of a jockey on their backs. A normal horse would struggle to do so, meaning that the belief that any horse could compete is inaccurate.

Please follow and like us:
Related ItemsBettingGamblingHorse Racingtips
← Previous Story Tips in Fantasy Football NFL Draft
Next Story → The Most Relaxing Sports You Can Play