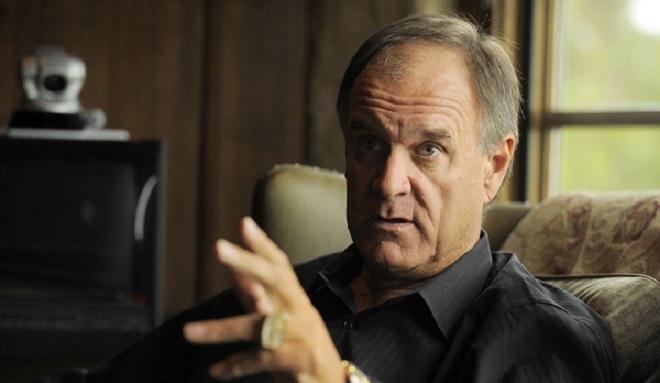 Not that they aren’t warranted, but Brian Billick has hopped on the Merril Hoge train of hate for Johnny Manziel.

Ok, guys. We get it. He’s fifth or sixth round talent. You all sound like broken records.

If Johnny Manziel would have had a touch of a better game, perhaps the Billick’s and Hoge’s of the world would have gone back into their caves. Unfortunately a rare occurrence happened…they were right. So naturally, the following week would be nothing but soap boxing about the topic and for Brian Billick, he is firing on all cylinders.

"It's not hard to improve…if he'll just complete a pass…give him the game ball." – @CoachBillick earlier on Johnny Manziel

Also, Billick had this interaction with a Manziel supporter yesterday:

@CoachBillick @RuiterWrongFAN And why would we listen to a coach no longer in the league?

Oh I don't know… RT “@Bflo44: @RuiterWrongFAN And why would we listen to a coach no longer in the league?” pic.twitter.com/TXfAUAceL0

You win this round, Billick.