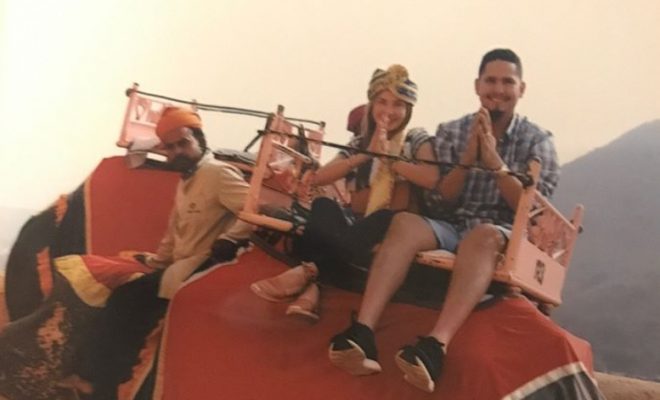 Cleveland Indians pitchers have had a pretty good year. Corey Kluber won his second Cy Young Award, Trevor Bauer showed signs of being unstoppable down the stretch and Carlos Carrasco had a season that put him among the top four in Cy Young Award voting.

These same pitchers have been susceptible to injuries, both freak and idiotic. Carrasco lost the end of his 2016 campaign to a broken hand by way of a line drive. Kluber had back issues throughout 2017 (maybe in the playoffs too?), Bauer likes drones, Andrew Miller had knee tendinitis and Danny Salazar battled an elbow injury late in the season.

For this reason, every Tribe fan would love to wrap these players in bubble wrap during the off season. The window for a championship is closing rapidly in Cleveland and they need to do anything they can to preserve their edge.

So you can imagine the discomfort when the casual Indians fan observed Carlos Carrasco enjoying his trip to India. Let’s follow along!

Yes. Cookie Carrasco getting down with a Cobra snake. While snake charming is as common in India as a millennial being offend in the United States, it’s still pretty disheartening to see one of your aces this close to one. My best Wikipedia guess is that this is an Indian Cobra whose venom mainly contains a powerful post-synaptic neurotoxin and cardiotoxin. The venom acts by paralyzing muscles, and in severe bites can lead to respiratory failure or cardiac arrest. 🙁

Well at least he was just watching and he didn’t actually touch the — oh goddamnit. He touched it?!