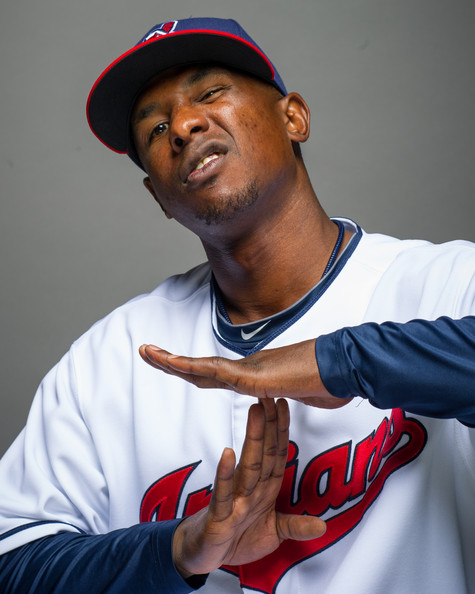 Nyjer Morgan had a pretty good day at the ball park yesterday in Tampa when his Cleveland Indians took on the Tampa Bay Rays. He went 3-for-4 with a home run and clubbed in 2 RBI. Not bad production for a guy who was playing in Japan last year.

But if you know anything about Nyjer Morgan, you know it is never that simple.

One of his hits was a check swing dribbler down the line that actually scored a run. The other, was a bunt where he was initially called out, but after review called safe. Also, he went ass over tin cups and literally fell face first on the bag.

His last contribution was his home run that proved to be the difference in the one run win for the Indians, their 7th in the last 8 games. In fact, it was the first home run Morgan has hit since 2012 and, judging by his post game interview with Tom Hamilton on WTAM 1100, you could tell he was a bit excited.

We got a little taste of his alter ego “Tony Plush” in that interview and he also threw up a “T” for Tony with his hands after crossing home plate after going deep. Other than these two instances, we really haven’t seen too much Tony Plush around the field. Morgan made it a point to bury his alter ego and focus on baseball this season.