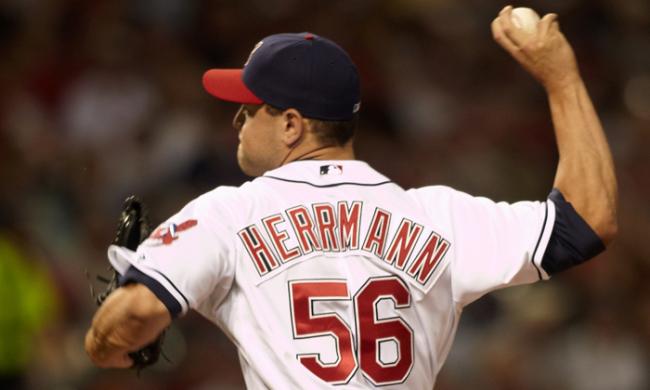 Frank Herrmann is out for the year after undergoing Tommy John surgery, but that hasn’t stopped him from contributing to the red-hot Cleveland Indians.  The Tribe has won 10 of their last 11 and are entering a weekend series with their Division rival Detroit Tigers.  The Tigers are leading the AL Central by one game over the Indians and have pretty much been a dominant force in recent memory.

The Indians will get a first hand look at what extended dominance will do for your attendance numbers.

The Tigers currently rank 8th in the majors in attendance where they average about 34,000 fans each night in the Motor City.  The Indians, who as I mentioned are red-hot right now, just came off a 7-1 home stand and are sitting in the basement in attendance numbers in the majors.

Even below the Miami Marlins, whom everyone has been all over because of their shitty attendance.

The Tribe has been averaging just over 14,000 fans per game, with two of the four games during the sweep of Oakland not even netting 10,000.

Well, the players are starting to notice.

The worst thing the players could do would be to tell people to get to the game.  Thankfully, they are wiser than that and they have offered up tickets to fans so they don’t have to spend their own money.  The best part is that they are doing it on their own and being persuaded by the front office to do so.

After word had spread about Herrmann giving away tickets, pitcher Josh Tomlin joined the effort and offered up two tickets as well.  Even team President Mark Shapiro got wind of the give away and offered two tickets to the Indians Social Suite.

If the attendance doesn’t jump up it won’t be from lack of effort–both on the field and off.  The Tribe is rolling right now and if they come out of this weekend set in Detroit in first place in the AL Central, perhaps they will get a warmer welcoming for their doubleheader against the Yankees on Monday afternoon.

Also, for what it’s worth, “Yanimal” won the contest.  Awesome nickname for Yan Gomes, if you ask me.