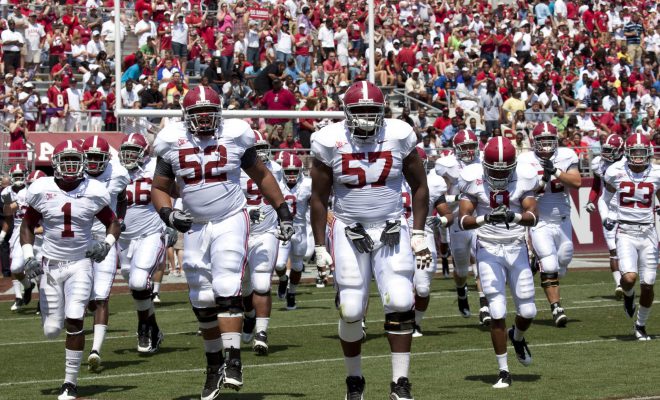 College Football Starts Today and So Does Your Betting

College Football is back! We’ve been waiting for this moment since January! Eight months never seemed so long but all of that sorrow is now by the wayside as we gear up for another exciting college football season and with that season comes the season of college football betting!

Opening night’s most intriguing play, of the four games slated, would have to be the over/under in the Connecticut vs. UCF. The undefeated defending self proclaimed “National Champions” head north to play UConn and pits two teams that love scoring points against each other. The only problem is the Golden Knights are without their fearless leader Scott Frost who bolted to his Alma Mater Nebraska before the metaphorical national championship banner was hung at Central Florida. Will this team pick up where it left off? Hard to say. But I’ll say this, it’s late summer in Connecticut and the weather will be perfect. Over looks good tonight, but keep an eye on UCF for games later this year. Tonight is a good night to do some reconnaissance on teams that play in a weak conference that can do some damage.

The Big Ten conference opens its season tonight as well as Northwestern heads to Purdue as a 3-point dog. The Boilermakers are one of the tweener teams in the Big Ten West and with a few things going their way, could find themselves in the top three at the end of the season. Now, I can rewrite that sentence and insert “Wildcats” for “Boilermakers” and it would also be a true statement. Three points feels like a lot to give, but Purdue is home for their opener and it will get rowdy.

Ohio State will open their season at home on Saturday. If you’re living under a rock, then I’m sorry to have to tell you the Buckeyes will be without head coach Urban Meyer for the first three games of the season. Somehow though, I don’t think that’s a problem for them. The team and the staff will open agressive, with a sort of chip on their shoulder since they have been getting beat up in the media for the last month or so. The Oregon State Beavers will be the unfortunate victims of the aggressiveness. Interim head coach Ryan Day also has to make the most of his time in the spot light. OSU could be giving 50 and I’d still take the Buckeyes here. 38 points feels like a steal.

One of the biggest games of the weekend will be when the Michigan Wolverines head to South Bend to take on the Notre Dame Fighting Irish. The tradition has been restored! The defense of the Irish is stout to say the least, and the Blue savior Shea Patterson is being tasked with starting his college career with a rather large road block in his way. Patterson has all the pressure in the world on him as head coach Jim “I can do no wrong no matter how many times I lose to Ohio State” Harbaugh starts to hear the whispers of the boosters wondering why they don’t have a National Championship yet. Right now, some places have this game as a pick em. I take the home team if that’s the case. I think growing pains lead to a rough start for Michigan. One of only two losses they have on the season. You know what the other one will be!

There are a bunch of other great football match ups this weekend and be sure to look them all over. Be safe on your first weekend and do more home work if you can. Learn about the teams and schedules and set yourself up for a successful year!

Please follow and like us:
Related ItemsBettingCollege FootballfunOhio State BuckeyesSports
← Previous Story Future and Current Odds Are Intriguing Plays for the Upcoming NFL Season
Next Story → NFL and College Football Are Back and It’s Time to Make Some Money