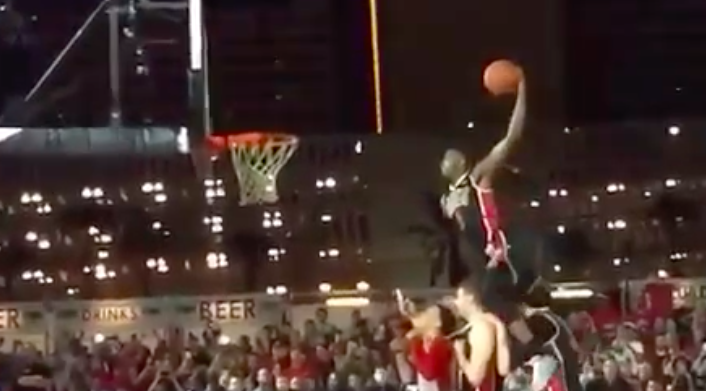 The UNLV Runnin’ Rebels hosted their Runnin’ Rebels Madness last night in downtown Las Vegas. It was an impressive setup as they moved the court outside and all were welcome to come meet the 2015-16 squad.

The most sought after players were undoubtedly hometown boy Stephen Zimmerman (No. 10, ESPN Top 100) and his fellow freshman Derrick Jones (No. 22, ESPN Top 100). And these two, along with their teammates, did absolutely nothing to disappoint the crowd.

If you’re a Runnin’ Rebels fan, then this season should be one of the more exciting seasons since Grandmama graced the Las Vegas Strip.

Check out the dunks these boys had on display. Especially pay attention to Derrick Jones dunk over three teammates, include 7′-0″ Zimmerman. Just unreal.