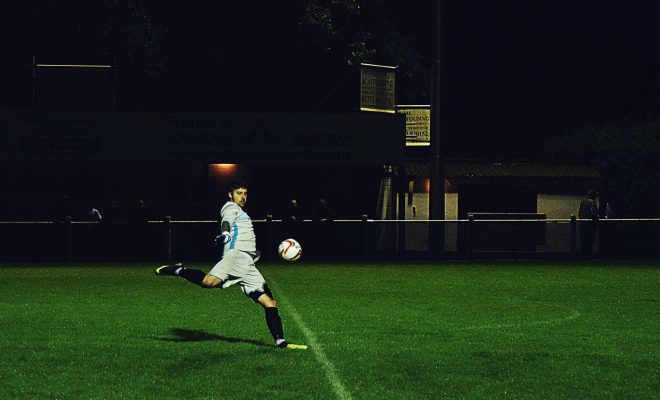 Do You Really Hate Sports? Or Do You Just Think You Do?

Everyone has an opinion on sports. There are those who really love it and those who think that it’s just about the worst thing there is. But what about the rest of us who just haven’t been able to get anything out of them until now? Well, if that’s a position that you’re in, you might well want to give one of these sports a try. You’d be surprised how engaging so many of them can really be.

Most people’s first impression of boxing is that it’s just about the most barbaric thing you could ever choose to spend your time watching. And sure, the idea of watching two people punch each other in the face over and over until one of them falls down doesn’t exactly sound like it’s going to be the most rewarding experience in the world but that’s doing a genuine disservice to the incredible sport that is boxing. There’s a reason that it’s called the sweet science after all. What might look like a pair of cavemen thumping each other at first can often reveal itself to show two people who are not only at the very peak of physical fitness but also who have honed their technique to such a razor sharp edge that even the slightest amount of movement can make all the difference. Just look at the famous footage of Muhammad Ali dodging 21 punches in 10 seconds to see just how much skill and finesse goes into this sport. Not only that but there are few sports where you’re able to really get into the personalities and rivalries of the competitors than in boxing.

If you want to take any sport and up the thrill factor of it, one of the best things to do is strap blades to the players shoes and make them play on a giant sheet of ice! Ice hockey is one of the most fast-paced, dynamic sports there is and whether you’re following the Stanley Cup or your local teams, there’s always something seriously exciting to see. It’s one of the few sports where the pace of any given match is almost entirely dictated by the players themselves.

Most of the sports mentioned here have been team sports. This is because most of the time they’re the kinds of sports that are most interesting to watch. Seeing people work together as a team is always fascinating in a way that few other things really are. However, if you want something different then being able to see two players square off against one another in a fast-paced, intimate battle of skill and technique, tennis is the sport for you. Where some matches can be measured in full plays or even full matches, a lot of the joy of tennis comes in the moment to moment experience. Incredible back-and-forth volleys that move the advantage from one side of the net to the other can play out in a matter of seconds.

Another sport that’s perfect for those who like things to move pretty quickly is basketball. Sure, things like rugby and soccer have their highlights but there is a lot of waiting around in those matches where the stakes aren’t really changing. After all, an entire soccer match can come and go without a single goal being scored. That’s not the case with basketball. It’s a far more fast-paced and intimate sport with players racking up huge amounts of points with dunks, buckets, and free-throws coming thick and fast from beginning to end. Not only that but there’s a playful pageantry to a sport like basketball that’s just missing from other, more straight-laced sports. Just think about the fame of a team like the Harlem Globetrotters to see how much fun and personality can be injected into this incredibly dynamic game.

The truth is that no matter what kind of sport you end up getting into, you’ll find that they actually have one central thing in common. Sure, the rules, the pacing, and the levels of intensity might be different, but the one thing that all sports have in common is that, at their core, they’re about stories. Stories of teams coming together to do something amazing. Stories of underdogs triumphing against the odds Stories of loss, of victory, of celebration, and of commiseration. The truth is that there’s just something so fundamentally human about watching people get out there and push themselves to achieve something. Once you understand that, you’ll be joining your friends, family, and coworkers as they rave about last night’s game before you know it!

Please follow and like us:
Related ItemshobbiesLifestyleSports
← Previous Story Gratis TravTips And Other Travel Agencies’ Benefits
Next Story → Boxer Ted Cheeseman Fighting Back from Gambling Addiction