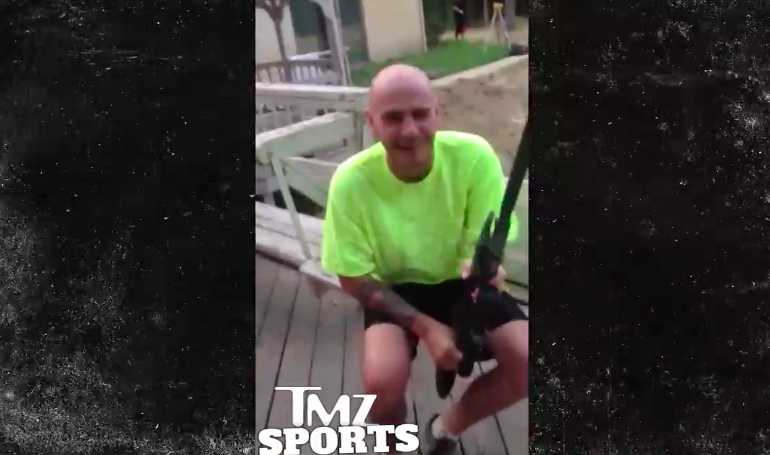 Back in October, we told you about how the former world heavyweight champ Kelly Pavlik was being investigated for an incident that involved alcohol and a pellet gun. In our report, we cited a quote from Mahoning County Sheriff Jerry Greene where he said they had video of the incident.

This morning, TMZ Sports released the video and it plays exactly how the victim reported it to police.

Pavlik and others are sitting on a deck while the victim seems to wading in a a pool of mud some distance away. Gotta love Ohio. Pavlov fires two shots from his 22-caliber pellet gun. The first misses the victims head while the second pierces his arm. The video them pans over to see Pavlik laughing while holding the gun.

This doesn’t look good for Pavlik.