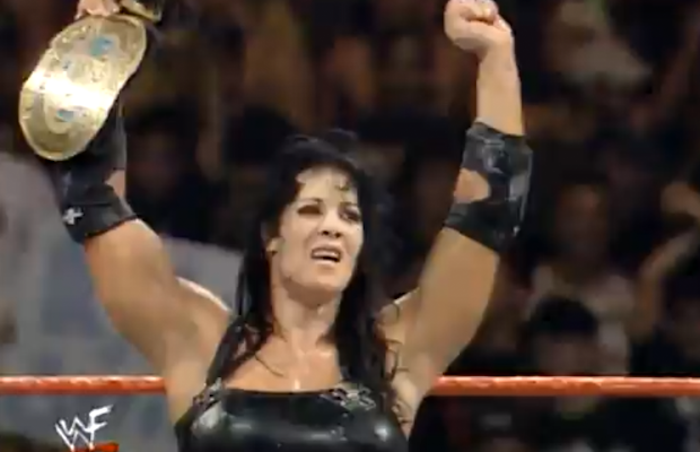 Chyna, one third of the D-Generation X stable with Shawn Michaels and Triple H, was found dead in her home just south of Los Angeles on Wednesday.

Cause of death isn’t immediately clear, but according to a Redondo Beach Police Department statement there were no signs of foul play and an investigation is open to determine if her death was accidental or natural.

Wrestlers and executives from the WWE will also clearly miss Chyna, who may have paved the widest path for women in the WWE. As the only woman to hold the Intercontinental title, she regularly beat the ever living shit out the male Superstars. In addition to that, she was also the only women to ever compete in the annual Royal Rumble.

Just woke up to the news of @ChynaJoanLaurer passing. So sad to hear, she was an amazing lady & I will miss her greatly!!

I just heard the tragic news that @ChynaJoanLaurer has passed. She was truly a pioneer in our industry, and she will be missed. #RIPChyna

Today I pray that I cherish the time I have with family and friends. I pray that I let them know how much they mean to me. #OUDK #RIPChyna

Another influential figure gone far, far too soon. Went through ups and downs but indelibly changed our business forever. #RIPChyna

Tragic to hear about the passing of Chyna. A true pioneer. #RIPChyna

You broke a mold, paved your own path and left a lasting impression on our industry. Thank You @ChynaJoanLaurer #RIPChyna

So sad to hear about Chyna. #RIPChyna

So sad to hear the news of @ChynaJoanLaurer passing. #RIPChyna

Wow waking up to the sad news @ChynaJoanLaurer passing. A big role she played in womens wrestling & growing up watching her.So sad #RIPChyna

So tragic. My heart is heavy today reflecting on this amazing woman. #RIPChyna pic.twitter.com/atJK0XJwlS

We are saddened to learn of the passing of Joanie "Chyna" Laurer. https://t.co/EgNstScdcD #RIPChyna pic.twitter.com/oLSB509p7p

So sad to hear about Chyna. #RIPChyna

I’m sure there will be many more tributes tweeted and instagrammed throughout the day.  It will be interesting to see if the WWE does a tribute tonight on Smackdown or if they wait until Monday Night Raw.

Please follow and like us:
Related ItemsEmmy AwardsRedditspeakersvalves
← Previous Story Let’s Watch The Atlanta Hawks Mascot Crush His Eggs On A Railing
Next Story → Conor McGregor Calls Nate Diaz ‘Mush Head’ And Is NOT Retiring