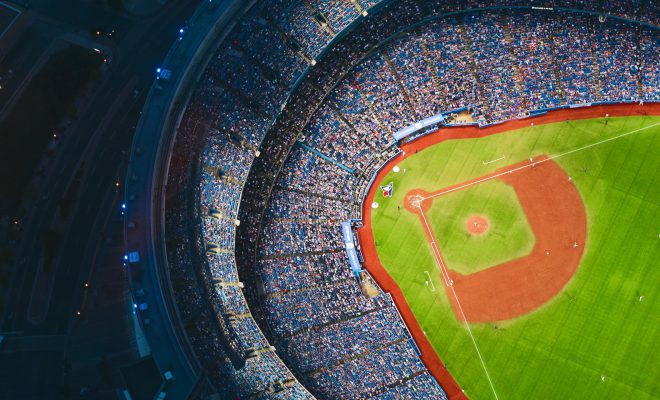 This week starts the Major League Baseball annual winter meetings where representatives from all 30 MLB clubs, as well as all of the minor league affiliates, meet for four days to discuss league business and conduct trades and acquisitions.

This time of year – often referred to as the Hot Stove League – usually garners all kinds of rumors and talk of mega-trade deals or signings. This year is no different with the most talked about teams involved being the Phillies, Indians, Cubs, White Sox, Dodgers and…of course…the Yankees.

The Bronx Bombers are never, ever, out of the question when it comes to landing big names and spending a ton of money and they usually find themselves in the thick of the race when it comes to World Series future odds. The Astros, Red Sox and Dodgers are grouped in with the Yankees right now as the best baseball betting selections for New Jersey players. And if you don’t jump on that Yankees train right now (+600), the odds are only going to move closer to even with the off-season acquisitions that are rumored.

Here’s a look at some of the biggest hot stove rumors out there right now that could affect these lines as well.

The Yankees have already solidified their rotation with the addition of James Paxton. Now trotting out Paxton, Luis Severino, CC Sabathia, J.A. Happ and Masahiro Tanaka, the Yankees rotation is leaps and bounds the best in the AL and will be giving Boston and Houston a run for their money during the A.L. Pennant race.

Bryce Harper is probably the most talked about candidate to land in pin stripes. Not to mention Harper is a life-long Yankees fan who has been dreaming of playing in the Bronx since he was a kid. However, money talks and if the Yankees aren’t ready to pony of the cash – speculated to be in near or more than $400 million – the pin stripes may not be in his future. At least the immediate future.

The Philadelphia Phillies have the space to make a splash in the free agency/trade pool. One huge rumor ahead of the hot stove meetings is the Phillies being able to sign TWO big names. The big names? Only the biggest. Bryce Harper AND Manny Machado.

How likely is this to happen? I don’t know, but I wouldn’t bet on it. How many teams want to write $700 million worth of contract money on two players? Yikes. It could prove to be a move that cripples the team for years to come and forces them to pay these players well after their playing careers are over. Cough – Alex Rodriguez – Cough.

The Cleveland Indians window was fully open in 2016 when they lost in game 7 of the World Series to the Chicago Cubs. In 2017, their window was half closed when they got shocked by the Yankees in the ALDS and in 2018 when they got swept by the Astros in the ALDS, the window was a quarter of the way closed. They have two options now. Pry the window back open, or let it slam shut and start to rebuild.

Extending starting pitcher Carlos Carrasco to a long-term deal showed signs of the former. However, rumors of shipping off two-time Cy Young winner Corey Kluber or Trevor Bauer debunk that theory. They also may have Edwin Encarnacion on the trade block.

If they keep Kluber and Bauer in place and figure out a way to stabilize their outfield, they still have enough talent on the roster to make it to the playoffs in a weak AL Central. After this year, though, it’s rebuilding time in Cleveland as the White Sox and Tigers will see the fruits of their rebuilding labor come to fruition.

Of course, none of this could actually happen. That’s the fun of the MLB Winter Meetings. No trade or free agency signing rumor is off the table. It makes for fun conversation while we wait for the snow and ice to thaw at the stadiums.