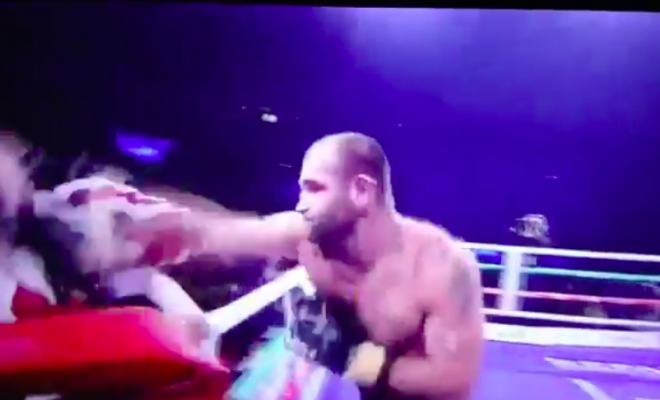 Georgian boxer Levan Shonia was taking on unbeaten Spas Genov on the Hughie Fury vs. Kubrat Pulev undercard and fans in attendance and watching live got more than they paid for with this low level undercard.

Shonia came into the bout with 11 losses and, maybe, he was thinking of getting himself a new trainer? If there was any doubt, it got erased after he notched loss number 12 when he punched his trainer multiple times.

Without any context whatsoever, I would say Shonia is upset because he was ill-prepared to take on the better boxer Genov. On the other hand, maybe he got jobbed out of a W?

I think in either case, the last thing he should probably do in this situation is take on a defenseless trainer, right? Logic says the trainer probably isn’t that good of a boxer, so it’s probably an unfair fight.

That same logic reveals why the trainer slapped Shonia back too. He knows he’s not that good of a boxer.